Researchers have identified for the first time the triple mechanism that stops chromosome separation in response to situations that compromise the integrity of the genetic information. The loss of this response capacity is characteristic of cancerous cells.

Cell proliferation requires the chromosomes to be copied (replicated) and distributed (segregated) to the two future daughter cells. Cells continually undergo spontaneous alterations (injuries) to the DNA that makes up the chromosomes, because of their aqueous (reactive) environment, for example. In response to DNA injuries, cells put a stop to the cell division cycle, in order to allow time for the injuries to be repaired and prevent the transmission of damaged, incompletely replicated chromosomes.

The loss of this capacity leads to the onset of chromosomal instability, a driver of cancerous transformation. 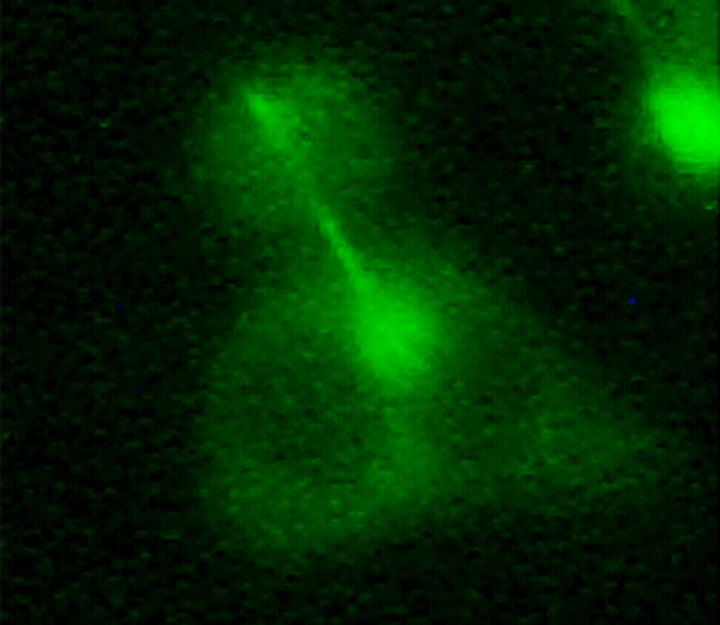 Studies at other laboratories had already determined that cells from the model organism Schizosaccharomyces pombe, a yeast used in the laboratory to investigate cell behaviour, stop the cell division cycle by means of a process that was thought to be universal (in scientific terms, phosphorylation of a conserved tyrosine residue in cyclin-dependent kinase CDK1, the driver of the cell cycle).

The team led by Dr David G. Quintana, a researcher in the Department of Biochemistry and Molecular Biology of the UAB, have shown that this control is not indispensable in other organisms and that the model that has prevailed until now is too simple. Cells from which the gene responsible for this control, known as Wee1/Swe1, had been removed, were fully capable of stopping the cell cycle in response to DNA damage, which implied the existence of additional controls.

The UAB researchers identified three control pathways that lead to this response, mediated by the genes Wee1, Pds1/securina and Rad53/Chk2. Each of them is sufficient on its own to block chromosome segregation and, therefore, the cell division process. The three control pathways must be eliminated simultaneously for damaged, incompletely replicated chromosomes to be segregated.

Significantly, the gene Rad53/Chk2 forms part of the surveillance mechanism, known as the S phase checkpoint, that detects and responds to situations that compromise the chromosome replication process. Chk2 is oncogenic in humans and the S phase checkpoint is regarded as an initial anti-cancer barrier in the process of malignant transformation.

The authors suggest that all three levels of control, not only the one mediated by the gene Wee1, are probably also present in human cells. This would explain the paradox that Wee1 is not oncogenic in humans: the cells have two more barriers preventing this loss of control.