That may have troubling consequences for young players, according to an upcoming paper in Psychology of Popular Media Culture.

The higher anger in 3-D players was connected to the fact that, compared to 2-D players, they were more likely to feel they were "immersed in the game," said Brad Bushman, co-author of the study and professor of communication and psychology at The Ohio State University. "3-D gaming increases anger because the players felt more immersed in the violence when they played violent games. As the technology in video games improves, it has the ability to have stronger effects on players." 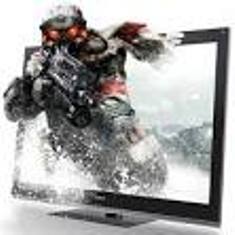 Participants were 194 college students, about two-thirds of whom were women. All of the students played the video game Grand Theft Auto IV for 15 minutes. Half were instructed to play violently (kill as many people as possible in the game) and half played nonviolently (they went bowling). They played on a 17-inch 2-D screen, a 96-inch 2-D screen or on a 96-inch 3-D screen while wearing appropriate 3-D glasses.

Later, all participants reported their mood on a variety of dimensions, including anger. For example, they were asked to rate how angry, annoyed and furious (among other adjectives) they felt on a scale of 1 to 5.

Results showed that for those who played nonviolently, it didn't matter if they played in 2-D or 3-D – their levels of anger were relatively low and unchanged.

Why did those who play violently in 3-D show more anger? Another result from the survey gives the answer.

"The combination of violent content and immersive technology like 3-D can be troublesome," Bushman said. "This is something that needs to be considered by everyone involved – electronics manufacturers, video game developers, consumers, parents and content ratings agencies."

Bushman conducted the study with lead author Robert Lull, a graduate student in communication at Ohio State. They announced their findings on Sunday (10/19) during the New Horizons in Science briefings at ScienceWriters2014, an annual conference hosted this year by Ohio State.

Bushman discussed these new results as part of his presentation "Guns, gender, race and violent video games: Searching for the roots of modern aggression."