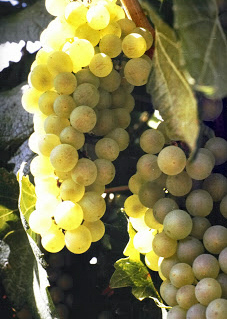 While mandatory labels for organic or genetically modified foods have been regarded by the public as unnecessary bureaucracy, a group of analysts are calling for just that when it comes to wine.

Production methods and added chemicals can affect the color and taste and should be noted, the authors of a new study write. Dr. Heli Sirén and colleagues from the University of Helsinki analyzed the chemical profiles of eight Pinot Noir wines from different regions in the USA, France, New Zealand and Chile and they found that each wine had a different profile, affected by the processes used to make it.

Lots of things go into wine, such as soil, that is why some regions became famous for wine, but some winemakers add sucrose and other chemicals during manufacturing. By looking at the organic compounds in the wine, the researchers could determine which sugars had been added during processing. They could also find out whether sulfur dioxide was added to prevent the wine from oxidizing. The processes used were different for each wine, and included natural fermentation, biodynamic fermentation (using organically-grown grapes), micro-oxygenation and cold fermentation. The results showed that the wines with the lowest organic compound levels were made using the newer processes: biodynamic and micro-oxygenation fermentation.

“We’re interested in winemaking processes and wanted to compare them by looking at high quality wines,” said Sirén. “Pinot Noir crops are demanding to harvest – the yield differs depending on the year. All the winemakers that produce Pinot Noir start with the same thing – grapes – and end up with very different products. We wanted to find out what causes those differences.

“When I pick up a bottle of wine I would like to drink, I first like to read what it contains. The alcohol content is already on the label, but it might also be helpful if there was information on the sugar, organic acid and mineral content.”

Micro-oxygenation also seemed to reduce levels of anthocyanin – the red-blue pigment that comes from the grapes. The wines made using this process had the highest sugar content – they weren’t broken down during manufacturing. This means that winemakers using this process do not need to add sugars.

The most surprising results came from a wine produced in New Zealand, which contained no plant acids. However, it had the highest amounts of acetic, malic, and lactic acids and acetaldehyde, making it the most acidic and most alcoholic of the eight studied.

“We saw remarkable differences between the wines when we studied the individual compounds. Wine 6 surprised us, since we expected to find succinic acid – it’s commonly found in wine and in the fluids of ripened grapes,” commented Sirén.