Head injury is the leading cause of death and disability in people under 45 in developed countries - due primarily to falls and road accidents. The primary injury caused by the initial mechanical force is followed by a secondary injury which develops in the hours and days afterwards. This secondary injury is largely responsible for patients' mental and physical disabilities, but there are currently no drug treatments that can be given after the accident to stop it from occurring.

Scientists at Imperial College London found that xenon, given within hours of the initial injury, limits brain damage and improves neurological outcomes in mice, both in the short term and long term. The findings could lead to clinical trials of xenon as a treatment for head injury in humans. 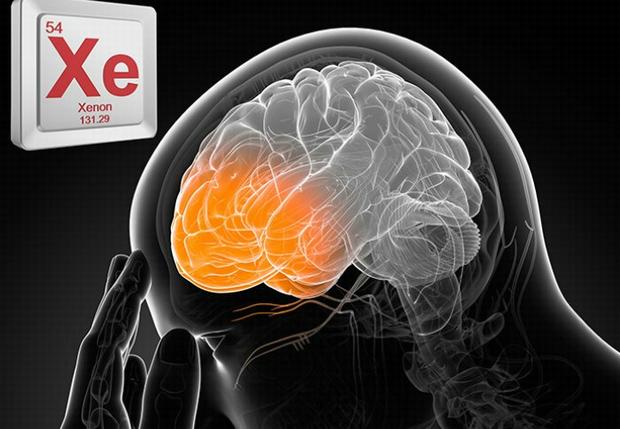 Although xenon is chemically inert, this does not mean it is biologically inactive. Xenon has been known to have general anaesthetic properties since the 1950s. Previous studies at Imperial have found that xenon can protect brain cells from mechanical injury in the lab, but this new study is the first time such an effect has been shown in live animals, a vital step before any new treatments can be tested in humans.

Mice were anaesthetised before having a controlled mechanical force applied to the brain. Some were then treated with xenon at different concentrations and at different times after injury.

Mice treated with xenon performed better in tests assessing their neurological deficits, such as movement and balance problems, in the days after injury and after one month. They also had less brain damage, even if treatment was delayed up to three hours after the injury.

Dr Robert Dickinson from the Department of Surgery and Cancer at Imperial College London, who led the study, said: "After a blow to the head, most of the damage to the brain doesn't occur immediately but in the hours and days afterwards. At present we have no specific drugs to limit the spread of the secondary injury, but we think that is the key to successful treatment.

"This study shows that xenon can prevent brain damage and disability in mice, and crucially it's effective when given up to at least three hours after the injury. It's feasible that someone who hits their head in an accident could be treated in the hospital or in an ambulance in this timeframe.

Xenon is also being studied as a treatment for babies who experience oxygen deprivation during birth in a clinical trial led by Imperial and the University of Oxford.