Bacteria are ubiquitous on Earth. They've been found from the upper reaches of the atmosphere to miles below the ocean floor. Because of their ubiquity, scientists have long believed bacteria to be cosmopolitan, having similar genetic histories across the globe. The same was also believed to be true for phages, the viruses that infect bacteria.

Thus biologists examining ecosystems similar to those that existed on Earth more than 3 billion years ago have made a surprising discovery: Viruses that infect bacteria are sometimes parochial and unrelated to their counterparts in other regions of the globe.

"The idea that things in the microbial world can have endemic properties is relatively new," said study co-author Janet Siefert, a Rice University computational biologist who has made a half-dozen trips to one of the study sites in Mexico's remote Cuatro Ciénegas valley. "People really weren't talking about it until about a decade ago, and we certainly didn't expect to find this when we began our work in Mexico." 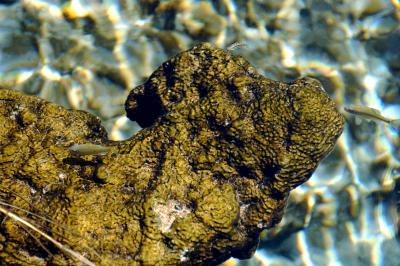 Bacteria in the pozas form coral-like "stromatolites" that are geologically identical to 3.5 billion-year-old fossils that are believed to be the oldest evidence of life on Earth. Credit: Tommy LaVergne/Rice University

Bacteria are the dominant forms of life on Earth. They helped shape the planet's land, oceans and atmosphere for 3 billion years before the first appearance of multicellular creatures. Siefert and several of her co-authors began traveling to Cuatro Ciénegas in Mexico's Chihuahuan Desert in 2004 to study cyanobacteria living in a network of more than 200 spring-fed pools, or “pozas.” Cuatro Ciénegas' pozas have been compared to the Galapagos Islands, except that their endemic species -- at least 70 species in the valley are found nowhere else on Earth -- are separated from the rest of the world by mountains and a sea of sand rather than an ocean.

The cyanobacteria in the pozas live communally, forming coral-like structures called "stromatolites," or microbialites, that are geologically identical to 3.5 billion-year-old fossils that are believed to be the oldest evidence of life on Earth. 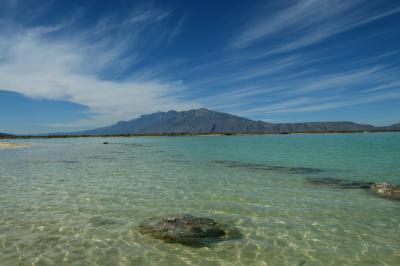 The spring-fed pools, or "pozas," in Mexico's remote Cuatro Ciénegas valley are home to at least 70 species found nowhere else on Earth. Credit: Tommy LaVergne/Rice University

"We had very little funding when we started going to Cuatro Ciénegas," Siefert said. "We were taking a shot in the dark to see if we could better understand the physical, chemical and geological context of the bacterial communities and the stromatolites."