Doctored photos of past public events can influence what people think they remember of the incident, as well as altering their attitudes and any subsequent responses, according to research published today in the journal Applied Cognitive Psychology.

Three researchers, UC Irvine psychologist Elizabeth Loftus and University of Padua researchers Franca Agnoli and Dario Sacchi, came to this conclusion after showing either original or digitally doctored images to 299 people aged 19-84. The images were of two different protests, one in 1989 in Tiananmen Square, the other 2003 in Rome. After seeing the images, participants were asked questions about the events, without telling them that the research project was interested in the effect that the photo would have on their responses. 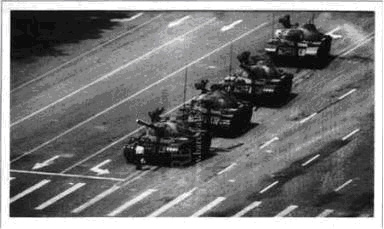 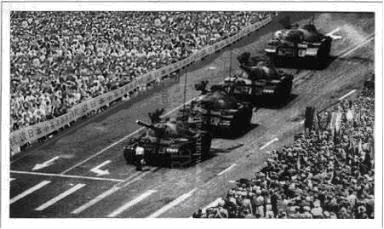 Internet photo hoaxes are well known, but reputable media outlets such as the LA Times and USA Today recently published digitally altered photos, and subsequently issued retractions and apologies. When media use digitally doctored photographs, they may ultimately change the way we recall history, Loftus said.

“It shows the power of anyone to tamper with people’s recollection, and it gives the media another reason to regulate such doctoring, besides ethical reasons,” Loftus said.

“One major result was that viewing modified images affected not only the way people remember past public events, but also their attitudes and behavioural intentions,” says Franca Agnoli, from the University of Padova, who supervised the experiments.

In the study, the participants viewed either original or digitally altered images depicting two events – the 1989 Tiananmen Square protest and a 2003 anti-war protest in Rome – and then answered questions about the events, including the number of people they thought had been involved, the response of law enforcement authorities and the level of violence.

Researchers doctored the Beijing photo to show large crowds standing in the sidelines while a lone protester stood before a row of advancing Chinese military tanks, and the Rome protest photo was altered to show riot police and a menacing, masked protester among a crowd of demonstrators.

“It’s potentially a form of human engineering that could be applied to us against our knowledge and against our wishes and we ought to be vigilant about it,” Loftus said. “With the addition of a few little upsetting and arousing elements in the Rome protest photo, people remembered this peaceful protest as being more violent than it was, and as a society we have to figure how we can regulate this.”

Rome event. Left is original and right has riot police. CLICK IMAGE FOR LARGER SIZE.
Viewing the digitally altered images affected the way participants remembered the events, as well as their attitudes toward protests. Those who viewed the doctored photograph of the Rome protest recalled the demonstration as violent and negative, and also recalled more physical confrontation and property damage. Participants who viewed the doctored photos said they were less inclined to participate in future protests, according to the study.

“Any media that employ digitally doctored photographs will have a stronger effect than merely influencing our opinion – by tampering with our malleable memory, they may ultimately change the way we recall history,” says lead author Dario Sacchi.

Loftus also did the study implanting fake memories to help patients lose weight, by making them think sweet things made them ill.