Yuan et al. have identified another anti-cancer effect of the "longevity" protein SIRT1. By speeding the destruction of the tumor promoter c-Myc, SIRT1 curbs cell division. The study will be published in the Journal of Cell Biology.

The yeast and nematode equivalents of SIRT1 are fountains of youth that stretch lifespan. Whether SIRT1 slows aging in mammals isn't certain, but it's beneficial in other ways. The protein tunes up metabolism, reducing blood levels of glucose and insulin, and might forestall neurodegenerative illnesses such as Alzheimer's disease and ALS. Given its pro-life credentials, you might expect SIRT1 to inhibit cancer. And several studies suggest that it does. But other work indicates that the protein aids tumors. For example, SIRT1 chops off acetyl groups, which can inactivate the tumor suppressor p53. 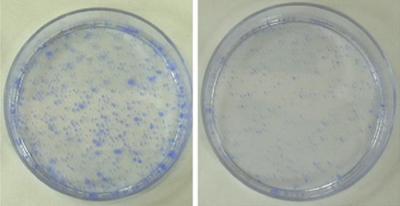 How deacetylation of c-Myc sparks its destruction is still a mystery. The researchers say that the results don't necessarily conflict with studies suggesting that SIRT1 is pro-tumor. Whether SIRT1 promotes or prevents cancer probably depends on the situation.