News Staff
Since microRNAs are key regulators of biological processes, a microRNA cluster that regulates synaptic strength and is involved in the control of social behavior in mammals may be a new path toward therapeutic strategies for the treatment of social deficits in neurodevelopmental disorders such as autism spectrum disorder or schizophrenia.

DNA is first copied to make messenger RNA molecules (mRNAs) that are then translated into protein. MicroRNAs are short snippets of RNA that do not code for a protein. Instead, they function mainly by regulating the stability or translation rate of mRNAs, inhibiting the production of particular proteins. Each microRNA typically targets hundreds of different mRNAs, making them ideal for coordinating complex cellular processes.

One such process is a cluster of 38 microRNAs, termed miR379-410, which plays a role in neural development and perhaps social behavior. Schratt and colleagues investigated this option in more detail and found that miR379-410 indeed regulates sociability in the brain of mice. The researchers first observed that mice lacking a functional miR379-410 complex were more sociable than their littermates, indicating that miR379-410 functions to restrict sociability in healthy animals.

Further investigation showed that neurons in the hippocampus of the brain in mice lacking miR379-410 formed more connections and were more likely to transmit electrical signals.

At the molecular level, the miR379-410 complex targets thousands of genes, among them many that were known to function in regulating synaptic transmission. Moreover, a small subgroup of only five microRNAs from the cluster might explain to a large extent the upregulation of key synaptic proteins. These proteins are involved in a process termed homeostatic synaptic downscaling – a feedback loop that kicks in when the brain becomes overactive because synaptic contacts are too strong.

Does it mean anything for humans?

What will it mean for humans? Not much in the short term. Mice are not little people, they are instead a model organism which can eliminate links, including between chemicals or any products and cancer, but can never show them. And that is just biology, it is even more of a challenge to legitimately show a link to human social behavior. 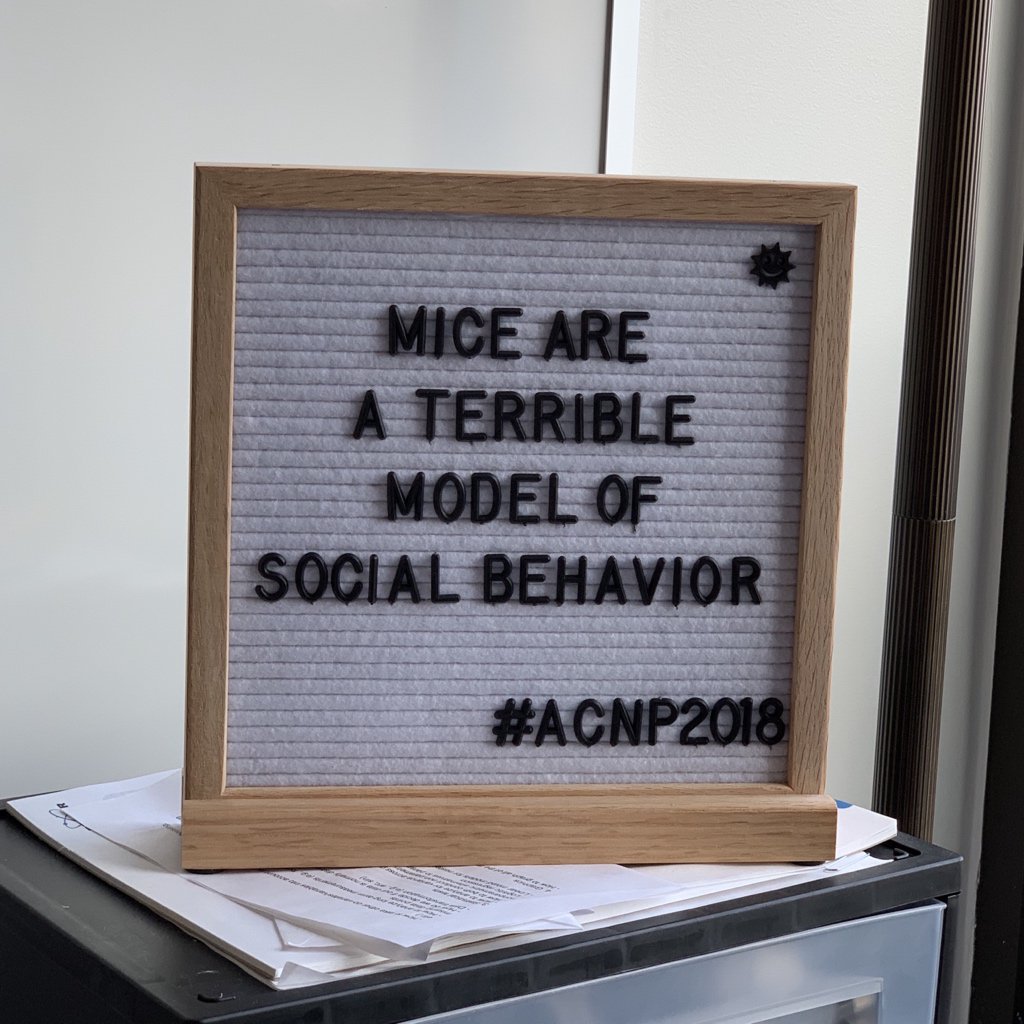 Still, several miR-379-410 members are dysregulated in the blood and brain of patients with neurodevelopmental disorders that affect social behavior, such as schizophrenia or autism spectrum disorder.  So even if this isn't the answer, it could be an important part of the question.