News Staff
It sounds gross to humans - unless you read those "Twilight" books in which case maybe it's sexy - but a lot of animals consume blood.  That's right, even your cat familiar.

The question is why? Blood is actually a poor source of energy. It consists of 78 percent liquid and what is left is 93 percent proteins and only one percent carbohydrates (1). Blood provides very little in the way of vitamins. Not only that, a blood-based diet exposes animals to blood-borne pathogens.

And yet some bat species (order Chiroptera) feed exclusively on blood and have managed to survive evolution that should have killed them, and their reliance on low-grade nourishment, off.

That answer also involves evolution, but co-evolution, with their microorganisms.

So researchers studied the common vampire bat (Desmodus rotundus), famous for  razor sharp teeth and striking incisors. All three species of vampire bats are native to the Americas. Anyone who has watched animal programs or scary movies is probably familiar with some of their adaptive behaviors. The bats also have specialized cells, called thermoreceptors, that can detect heat and are useful in finding bare skin on a sleeping animal at night. Substances in the bat's saliva prevent the blood in a wound from coagulating. And inside, their kidneys are specially adapted to cope with high protein content. Their immune system helps deal with any pathogens. 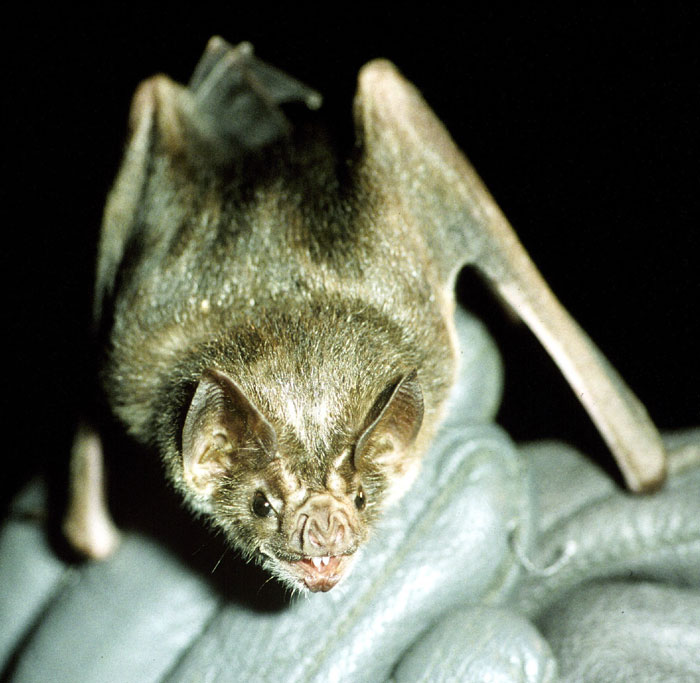 But none of these known adaptations explains how vampire bats have evolved to rely exclusively on blood for their nutrition. That requires a uniquely adapted microbiome, the entire genetic material of all the microorganisms that live in bodies, according to a new paper in Nature Ecology&Evolution.

The microbiome consists of viruses, bacteria or fungi, 100 trillion of them, which is why buying probiotic yogurt or any other probiotic food is a giant waste of your money. E. coli is bad, for example, unless it's good. And it can be beneficial.

They call it the "hologenome" - the genes of the host plus all its symbiotic microbial guests. The vampire bat's microbiome helps to compensate for the lack of vitamins and various fatty substances in what would otherwise be an imbalanced diet. Its microbes also help the body get rid of waste and maintain the cells' fluid balance through osmoregulation.

(1) We're the only ones who really waste carbohydrate energy. This is how baffled animals in the wild are about you jogging. 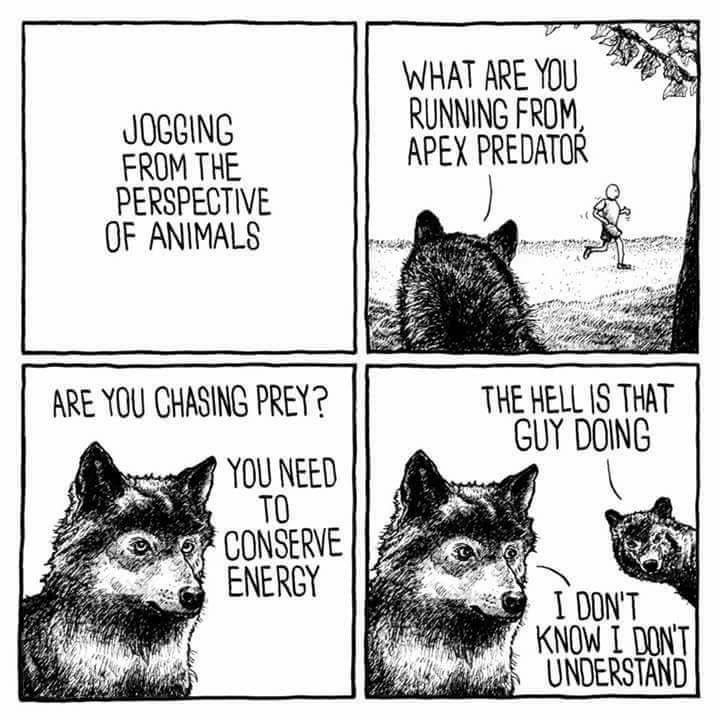