News Staff
Though activists will highlight mass shootings as a gun problem rather than a criminal act, as in a Sacramento, California shooting a few days ago, legal California gun ownership has had an inverse relationship to crime and deaths. More guns than ever are owned but there are fewer gun deaths per capita.

The state thinks it can reduce that farther and two obvious avenues for restrictions are people on psychiatric medication for severe conditions and people that those who know them say are prone to violence. Yet an analysis of data shows that California’s gun violence restraining order (GVRO) law didn't lead to a reduction in firearm violence of any kind in San Diego County during its first four years of implementation. Neither suicides nor criminal acts.

California’s gun violence restraining order (GVRO) law was implemented in 2016 and allows government to ban people they deem at high risk of harming themselves or others with a firearm to be disarmed and prevented from purchasing any firearms for up to one year. The objective of the recent cross-sectional study was to determine whether implementation of the California GVRO law was associated with decreased rates of firearm assault or suicide. 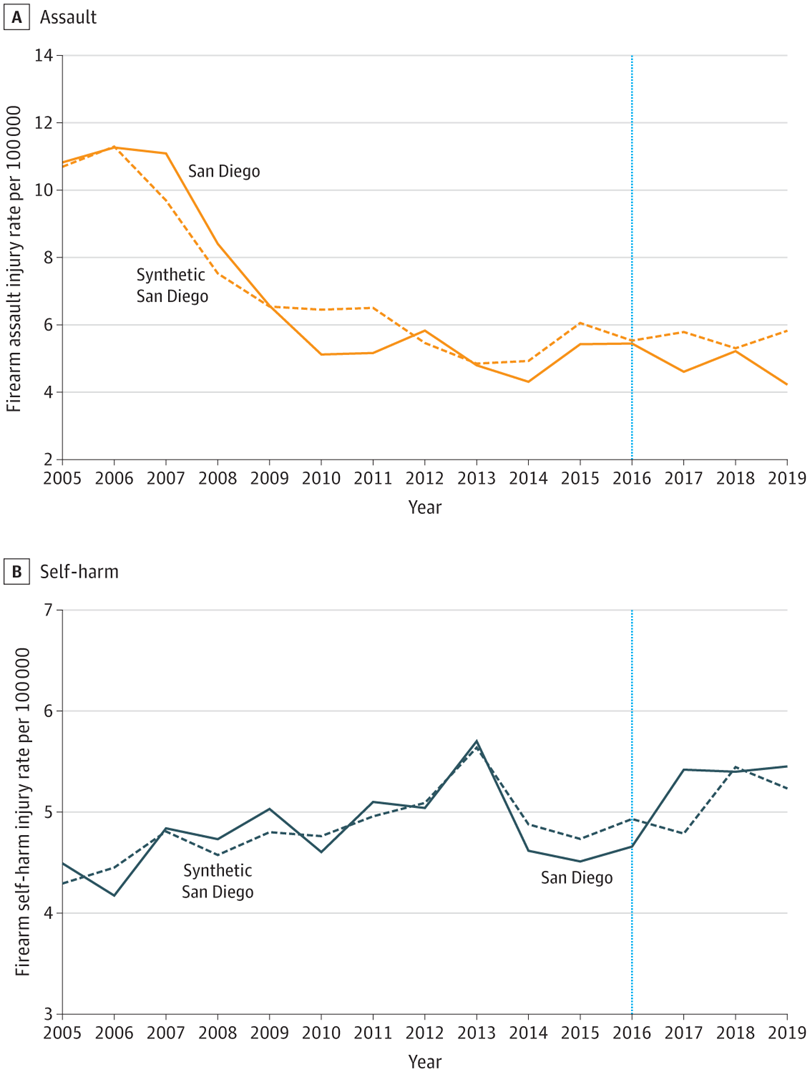 Data from 28 counties was used as the control method to evaluate differences in firearm violence between San Diego County and others. The authors chose San Diego County because government issued substantially more GVROs there than in any other county in California during the study period while 27 California counties that issued no or very few gun violence restraining orders from 2016 to 2019 and had stable rates of firearm violence between 2005 and 2015 were included in the control pool.

San Diego issued 355 GVROs but the difference in firearm assaults and suicide attempts were so minor they are statistical noise, no different than chance. Instead, like the state overall, firearm assaults have dropped over time. Most crime still uses guns, and suicides overwhelmingly do, but neither of those are routinely the same as those who get a restraining order. Individuals in fear may certainly disagree that a restraining order made no difference so while the GVRO law didn't reduce population-level rates of firearm violence, future studies should investigate whether there were individual-level benefits to those directly affected.
News Articles
More Articles All Articles
About