News Staff
Dog owners think dogs are exceptionally intelligent - a whole television show was made about a dog named Lassie who got humans out of all kinds of fantastic situations - while cat owners believe the same about their pets.

But are dogs smarter than other animals or pets? Not really, according to a review of over 300 papers which compared the brain power of dogs with other domestic animals, other social hunters and other carnivorans (which includes dogs, wolves, bears, lions, hyenas, and more).

The review focused on sensory cognition, physical cognition, spatial cognition, social cognition and self-awareness. The cognitive abilities of dogs were at least matched by several species in each of these groups, which means there might br "over interpretation" in favor of dogs' abilities.

"During our work it seemed to us that many studies in dog cognition research set out to 'prove' how clever dogs are," said Professor Stephen Lea, of the University of Exeter.  "They are often compared to chimpanzees and whenever dogs 'win', this gets added to their reputation as something exceptional. Yet in each and every case we found other valid comparison species that do at least as well as dogs do in those tasks." 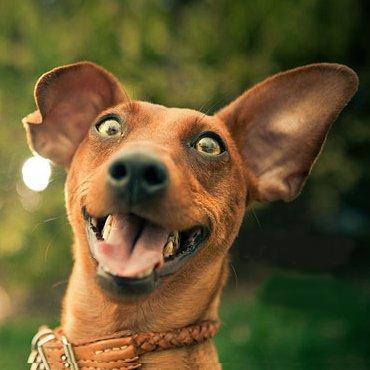 Not intelligent, you say? Smart enough to befriend the apex predator.

"Taking all three groups (domestic animals, social hunters and carnivorans) into account, dog cognition does not look exceptional," said Dr Britta Osthaus, of Canterbury Christ Church University. "We are doing dogs no favor by expecting too much of them. Dogs are dogs, and we need to take their needs and true abilities into account when considering how we treat them."

The paper has limitations. It was not original research but rather involved other papers, which have their own limitations. Still, give your dog a break if they can't do the things you see highly trained dogs do on TV. Believing that's a sign of intelligence is just other dog owners barking up the wrong evolutionary tree.
News Articles
More Articles All Articles
About