News Staff
Exercise is obviously physically beneficial and there are claims it also releases happiness-inducing hormones - and it may work that way for a few but if you are suffering from depression the last thing you need is someone in a Live Love Laugh shirt asking if you tried going for a walk.

A boost to the mind for older people is not so easy to dismiss. A new study found that a single bout of exercise improves cognitive functions and working memory in some older people. In experiments that included physical activity, brain scans, and working memory tests, the researchers also found that participants experienced the same cognitive benefits and improved memory from a single exercise session as they did from longer, regular exercise.

Previous research has claimed exercise can confer a mental boost but the benefits vary so much it can't be called science: One person may improve cognitively and have improved memory, while another person may show little to no gain. That a a single bout of physical activity may affect cognition and working memory specifically in older populations, despite evidence that some brain functions slip as people age, will bring even more skepticism. And using brain scans won't add to its credibility. 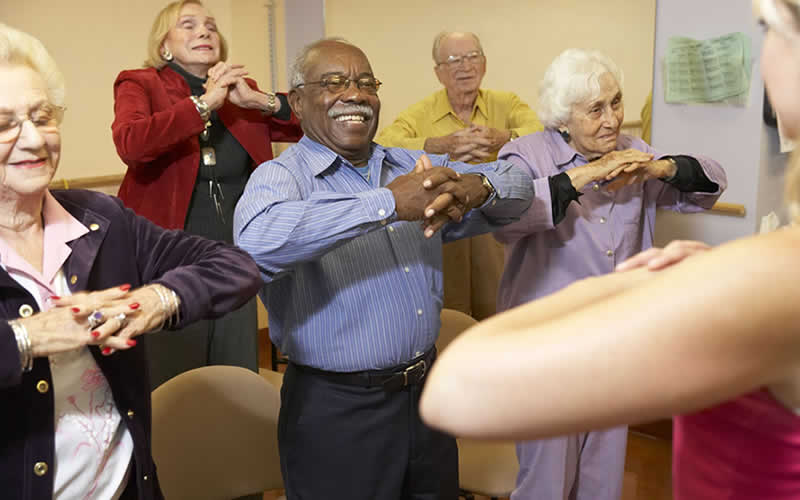 The team enrolled 34 adults between 60 and 80 years of age who were healthy but not regularly active. Each participant rode a stationary bike on two separate occasions--with light and then more strenuous resistance when pedaling--for 20 minutes. Before and after each exercise session, each participant underwent a brain scan and completed a memory test.

In the brain scan, the researchers examined bursts of activity in regions known to be involved in the collection and sharing of memories. In the working memory tests, each participant used a computer screen to look at a set of eight young adult faces that rotated every three seconds--flashcard style--and had to decide when a face seen two "cards" previously matched the one they were currently viewing.

After a single exercise session, the researchers found in some individuals increased connectivity between the medial temporal (which surrounds the brain's memory center, the hippocampus) and the parietal cortex and prefrontal cortex, two regions involved in cognition and memory. Those same individuals also performed better on the memory tests. Other individuals showed little to no gain.

The boost in cognition and memory from a single exercise session lasted only a short while for those who showed gains, the researchers found.

The participants also engaged in regular exercise, pedaling on a stationary bike for 50 minutes three times a week for three months. One group engaged in moderate-intensity pedaling, while another group had a mostly lighter workout in which the bike pedals moved for them.

Most individuals in the moderate and lighter-intensity groups showed mental benefits, judging by the brain scans and working memory tests given at the beginning and at the end of the three-month exercise period. But the brain gains were no greater than the improvements from when they had exercised a single time.

The authors note obvious confounders. This was a tiny participant pool, with a homogenous population that excluded anyone with chronic health conditions or who were taking beta-blockers. To account for that, the authors expanded the participant pool in a current, five-year study to confirm the initial findings and learn more about how exercise alters older people's brains. The participants are healthy older individuals who are not physically active, similar to the participants' profile in the study's results reported here.
News Articles
More Articles All Articles
About