News Staff
At a distance of a mind-blowing 750 million light years from Earth, astronomers using the Very Long Baseline Array (VLBA), a system made up of 10 radio telescopes across the U.S., say they've been able to observe and measure the orbital motion between two supermassive black holes.

They did it by observing several frequencies of radio signals emitted by these supermassive black holes. Over time, they have essentially been able to plot their trajectory and confirm them as a visual binary system. In other words, they claim they've observed these black holes in orbit with one another, though it's really inference.

In early 2016, researchers working on the LIGO project detected the existence of gravitational waves, confirming Albert Einstein's 100-year-old prediction and astonishing the scientific community. These gravitational waves were the result two stellar mass black holes (~30 solar mass) colliding in space within the Hubble time. Now physicists hope to understand what leads up to the merger of supermassive black holes that creates ripples in the fabric of space-time and begin to learn more about the evolution of galaxies and the role these black holes play in it. 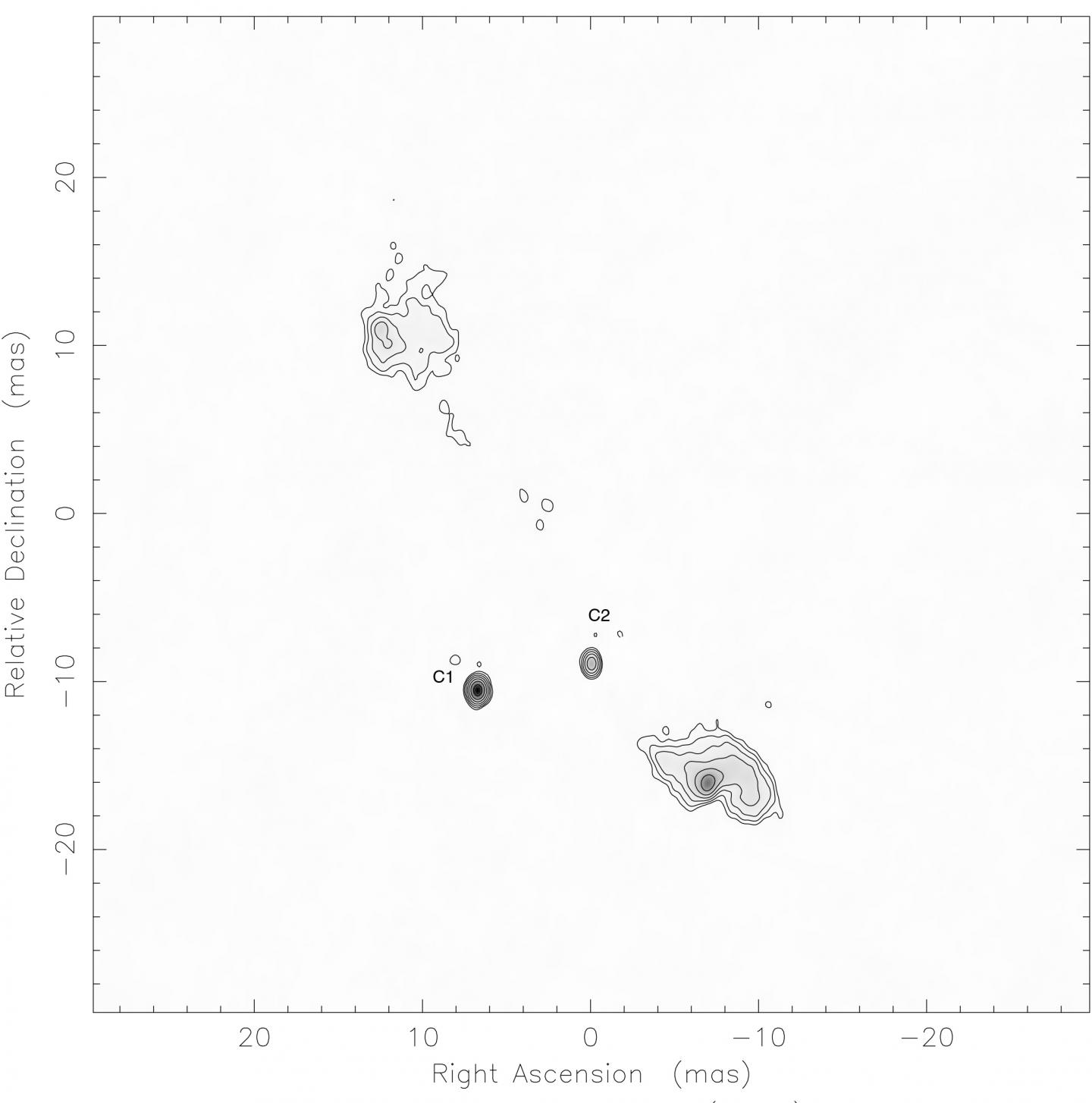 VLBA map of radio galaxy 0402+379 at 15 GHz. It hosts two supermassive black holes at its center, being denoted as C1 and C2. Credit: University of New Mexico

This new paper involved studying the interaction between these black holes for 12 years.

At roughly 750 million light years from Earth, the galaxy named 0402+379 and the supermassive black holes within it, are incredibly far away; but are also at the perfect distance from Earth and each other to be observed.

These supermassive black holes have a combined mass of 15 billion times that of our sun, or 15 billion solar masses. The unbelievable size of these black holes means their orbital period is around 24,000 years, so while the team has been observing them for over a decade, they've yet to see even the slightest curvature in their orbit.

The authors liken the size to resolving the angular motion of a snail on the recently-discovered Earth-like planet orbiting Proxima Centauri, 4.243 light years away, moving at 1 centimeter per second.