News Staff
Cosmic rays from supernovae can influence Earth´s cloud cover and how that influences climate could be useful for making better models.

Since clouds impact the amount of solar energy reaching the surface of Earth the implications can be significant for our understanding of why climate has varied in the past...and also how to make more accurate estimates of what the future might bring. 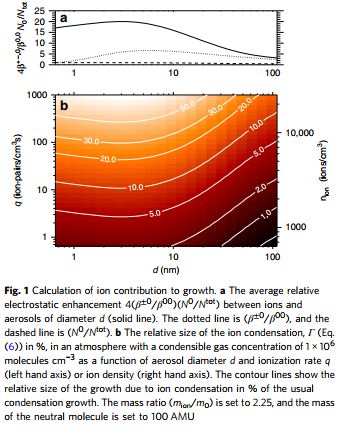 This supports other empirical evidence regarding how solar activity plays a role in variations in Earth’s climate, such as the Medieval Warm Period around year ~1000 AD and the cold period in the Little Ice Age 1300-1900 AD, which both match changes in Solar activity.

In short, the paper asserts:

• Cosmic rays, high-energy particles raining down from exploded stars, knock electrons out of air molecules. This produces ions, that is, positive and negative
molecules in the atmosphere.

• The ions help aerosols - clusters of mainly sulphuric acid and water molecules - to form and become stable against evaporation. This process is called nucleation. The small aerosols need to grow nearly a million times in mass in order to have an
effect on clouds.

• Variations in the Sun’s magnetic activity alter the influx of cosmic rays to the Earth.

• When the Sun is lazy, magnetically speaking, there are more cosmic rays and more
low clouds, and the world is cooler.

• When the Sun is active fewer cosmic rays reach the Earth and, with fewer low clouds, the world warms up.

“Finally we have the last piece of the puzzle explaining how particles from space affect climate on Earth. It gives an understanding of how changes caused by Solar activity or by super nova activity can change climate.” says Henrik Svensmark, from DTU Space at the Technical University of Denmark, lead author of the study.
News Articles
More Articles All Articles
About