Plasma is like a lightning bolt, when it happens underwater.

A new study explored how electrochemical cells that help recycle CO2 but whose catalytic surfaces get worn down in the process might be regenerated at the push of a button - using extreme plasmas in water. To show proof ofconcept, they deployed optical spectroscopy and modeling to analyze such underwater plasmas in detail, which exist only for a few nanoseconds, and to theoretically describe the conditions during plasma ignition.

Plasmas are ionized gases: they are formed when a gas is energized that then contains free electrons. In nature, plasmas occur inside stars or take the shape of polar lights on Earth. In engineering, plasmas are utilized for example to generate light in fluorescent lamps, or to manufacture new materials in the field of microelectronics. "Typically, plasmas are generated in the gas phase, for example in the air or in noble gases," explains Katharina Grosse from the Institute for Experimental Physics II at RUB. 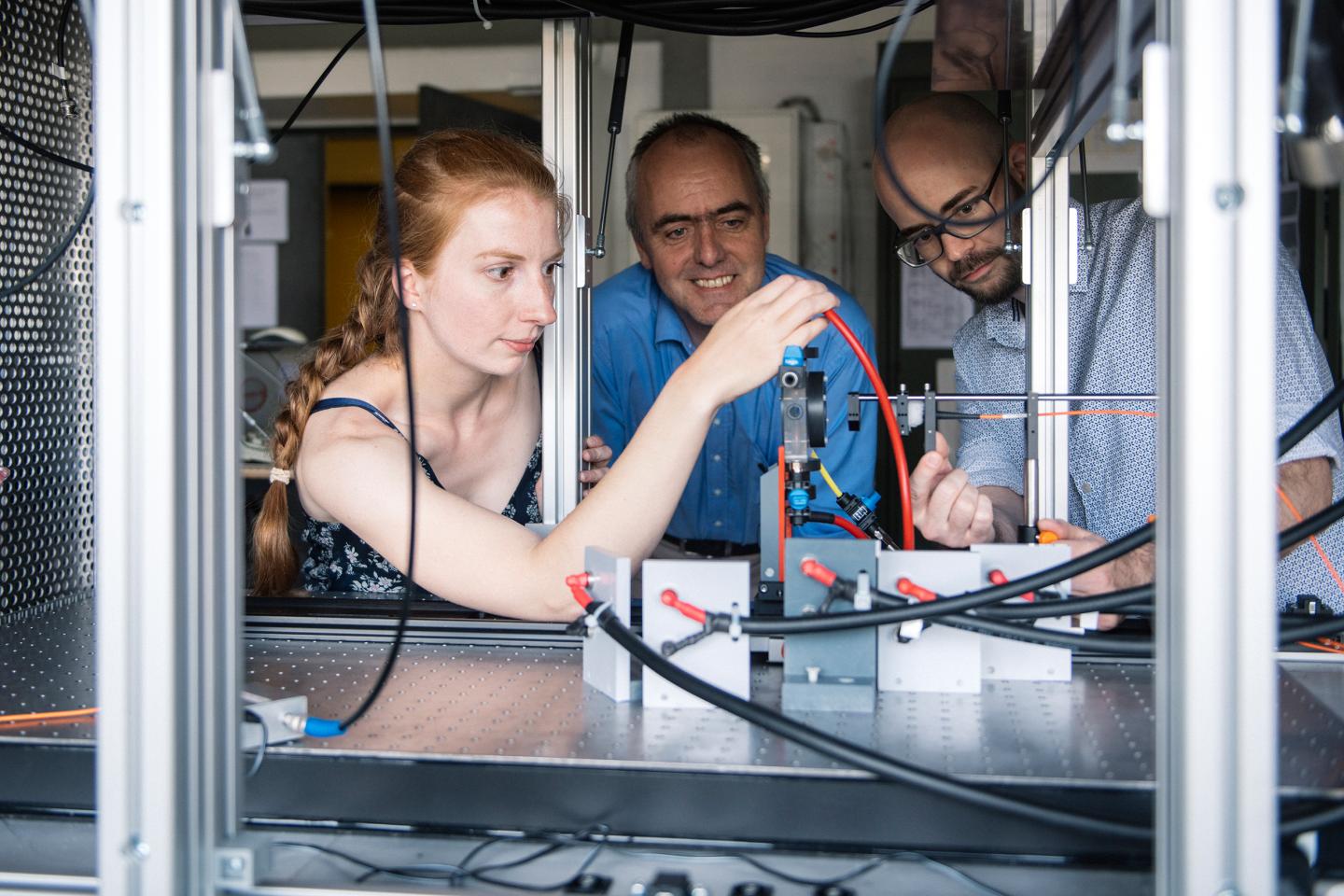 Ruptures in the water, hotter than the sun

In their paper, the researchers generated plasmas directly in a liquid. Tthey applied a high voltage to a submerged hairline electrode for the range of several billionth seconds. Following plasma ignition, there is a high negative pressure difference at the tip of the electrode, which results in ruptures forming in the liquid. Plasma then spreads across those ruptures.

Using fast optical spectroscopy in combination with a fluid dynamics model, the research team identified the variations of power, pressure, and temperature in these plasmas. In the process, they observed that the consumption inside these plasmas briefly amounts to up to 100 kilowatts, the connected load of several single-family homes. In addition, pressures exceeding several thousand bars are generated - which is similar to or even exceeds the pressure at the deepest part of the Pacific Ocean. Finally, there are short bursts of temperatures of several thousand degrees, which roughly equal and even surpass the surface temperature of the sun.

Water is broken down into its components

Such extreme conditions last only for a very short time. "Studies to date had primarily focused on underwater plasmas in the microsecond range," explains Grosse. "In that space of time, water molecules have the chance to compensate for the pressure of the plasma."

The extreme plasmas that have been the subject of the current study feature much faster processes. The water can't compensate for the pressure and the molecules are broken down into their components.

The oxygen that is released plays a vital role for catalytic surfaces in electrochemical cells. By re-oxidating such surfaces, it helps them regenerate and take up their full catalytic activity again. Reagents dissolved in water can also be activated, facilitating catalysis processes.