News Staff
A pilot study using drug-resistant cancer cells in cell cultures and in mice has found that the compounds kahweol acetate and cafestol in coffee may inhibit the growth of prostate cancer. The results were presented at the European Association of Urology congress in Barcelona and published in The Prostate.

Coffee is a complex mixture of compounds and there is evidence that drinking certain types of coffee is associated with a reduction in incidence of some cancers, including prostate cancers. By studying the effects of two compounds found in coffee, kahweol acetate and cafestol, on prostate cancer cells and in animals, they were able to inhibit growth in cells which are resistant to common anti-cancer drugs such as Cabazitaxel. 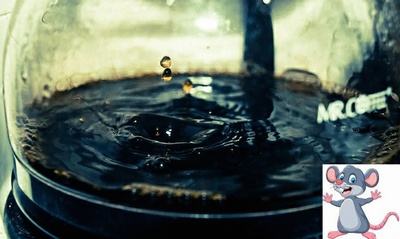 The scholars were careful to note that this is a pilot study in mice. If you read bombastic claims from mice studies showing a chemical is killing you or a miracle vegetable is making you live longer, it should be denied on that basis alone. Mice studies can never show a link, they can only eliminate one. If a link is found, it then goes to human studies so mouse studies are always exploratory.

So no matter what Dr. Oz or someone on The Doctors claims, don't double your coffee consumption or eliminate any food based on a mouse study
News Articles
More Articles All Articles
About