News Staff
A newly named species, a giant, black, mud dwelling, worm-like animal, doesn't seem to eat much, instead it gets its energy from a form of sulfur.

The animal's preferred habitat was unclear, but the research team benefitted from a bit of serendipity when one of their collaborators shared a documentary that aired on Philippine television. The video showed the bizarre creatures planted, like carrots, in the mud of a shallow lagoon. Following this lead, the scientists set up an expedition and found live specimens of Kuphus polythalamia. 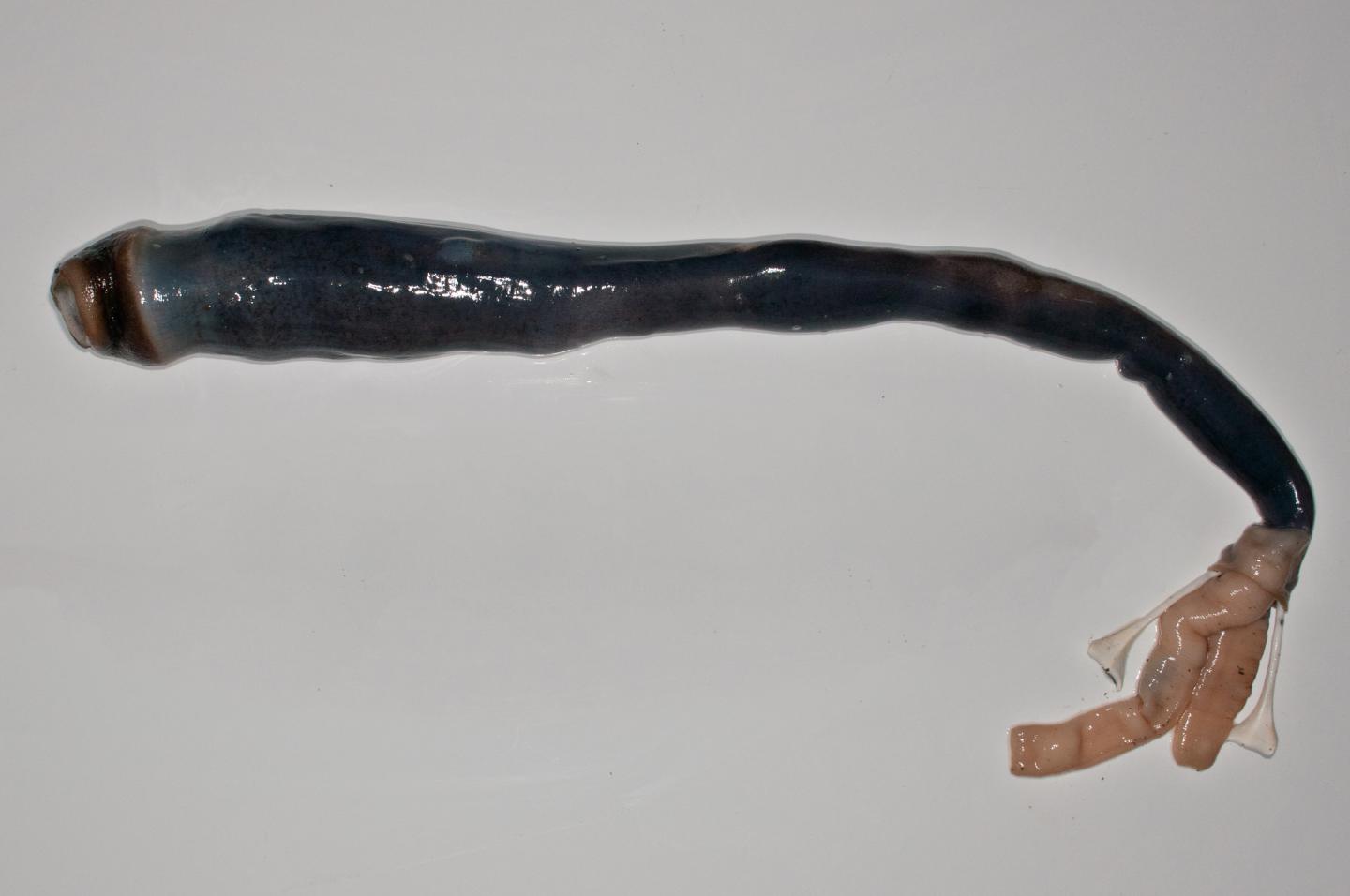 Because the animal had never been studied rigorously, little was known about its life history, habitat, or biology. "We suspected the giant shipworm was radically different from other wood-eating shipworms," says the Proceedings of the National Academy of Sciences study's senior author Margo Haygood, a research professor in medicinal chemistry at the University of Utah College of Pharmacy. "Finding the animal confirmed that."

The normal shipworm burrows deep into the wood of trees that have washed into the ocean, munching on and digesting the wood with the help of bacteria. Unlike its shipworm cousins, Kuphus lives in the mud. It also turns to bacteria to obtain nourishment, but in a different way.

Kuphus lives in a pretty stinky place. The organic-rich mud around its habitat emits hydrogen sulfide, a gas derived from sulfur, which has a distinct rotten egg odor. This environment may be noxious for you and me, but it is a feast for the giant shipworm.

And yet Kuphus themselves don't eat, or if they do, they eat very little. Instead, they rely on beneficial bacteria that live in their gills that make food for them. Like tiny chefs, these bacteria use the hydrogen sulfide as energy to produce organic carbon that feeds the shipworm. This process is similar to the way green plants use the sun's energy to convert carbon dioxide in the air into simple carbon compounds during photosynthesis. As a result, many of Kuphus's internal digestive organs have shrunk from lack of use.
News Articles
More Articles All Articles
About