News Staff
Are smiles, scowls, or sympathetic sighs universal across cultures? Studies from Namibia to Bhutan have attempted to find out, but the findings have been too inconsistent to take seriously.

It may be because asking asking participants in a remote culture to match depictions of Western facial, bodily, or vocal expressions to situations or words in their native language is not the way to go.

A recent analysis instead looked at facial expressions in ancient Mesoamerican sculptures. They find that some emotions expressed in art match the emotions that modern U.S. participants would recognize, including elation, sadness, pain, anger, and determination or strain. For instance, elation was predicted in the context of social touch while anger was predicted in the context of combat. 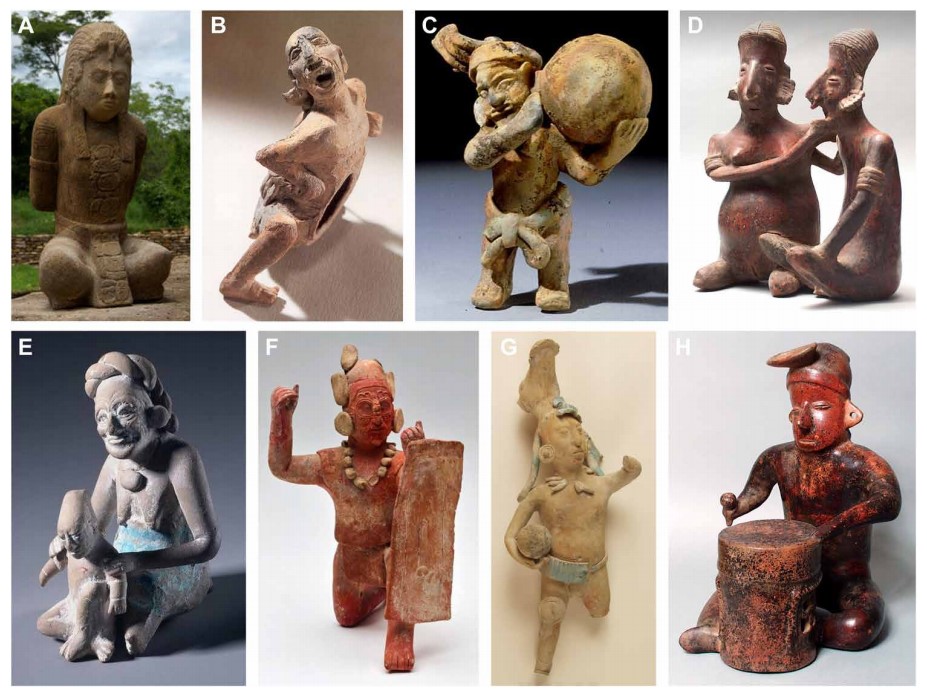 See here for notes. All image rights remain with their holders.

The results support the hypothesis that some emotions conveyed through facial expressions are universal, reinforcing that feelings can be expressed nonverbally in ways that transcend culture, but reduces the perception of biased in other studies that treated Western emotional expression as the norm.

Instead, the script was flipped and U.S. research subjects labeled emotions expressed in 63 ancient American sculptures that displayed facial expressions within clearly identifiable contexts, such as a smiling mother holding a baby. They all predated exposure to modern Western civilizations.

Sculptures depicting some emotions passed the test of universality, with facial expression labels ("elated," for the mother's facial expression) matching the expectations of participants who only saw the context (an expressionless mother holding a baby). This suggests that emotional expressions can be inferred through universal human themes, such as a mother-child relationship, even without a common language.
News Articles
More Articles All Articles
About