News Staff
Senckenberg scientist Ingmar Werneburg, together with an international team, re-examined the An examination of the skull structure of Tyrannosaurus rex using “anatomical network analysis” found that the carnivorous dinosaur had an extremely flexible skull structure.

Tyrannosaurus rex – the “King of the Tyrant Lizards” – owes its name in part to its impressive teeth and skull. Researchers compared the skull of T. rex with the skull construction of modern terrestrial vertebrates  to examine which skull bones are connected to each other and found that different bone modules led to a highly flexible muzzle that aided in tearing apart prey animals.

The analysis revealed that, among all groups of animals analyzed in the study, the large carnivore possessed the highest number of “skull modules” – skull bones that form units with adjacent bones. This resulted in a particularly high mobility of the skull. These separate upper and lower muzzle modules could probably move independent of each other. 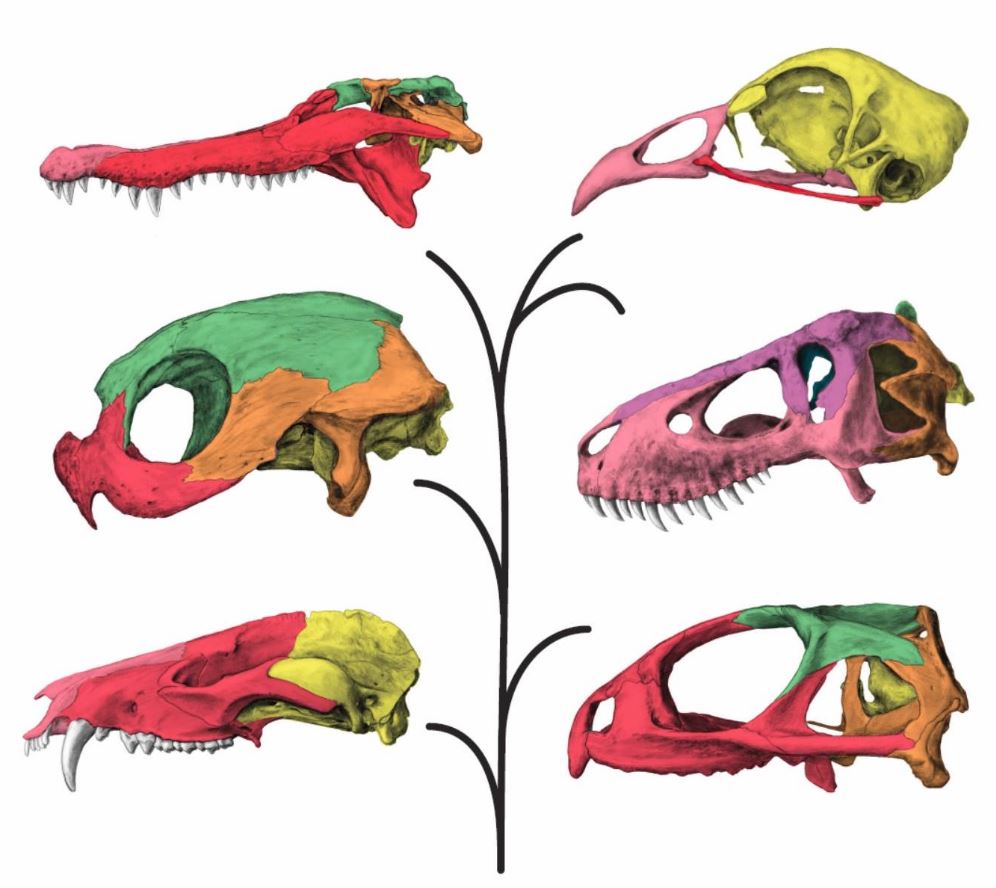 The skull of T. rex was compared to the skulls of an opossum, a chicken, and a turtle, among others. The colors indicate different skull modules. Illustration: Ingmar Werneburg, Senckenberg Research Institute and Natural History Museum

The researchers hypothesize that the feeding habits of Tyrannosaurus rex may have led to the complexity of its skull. The division into a lower and an upper muzzle module may have provided a certain amount of flexibility to the tooth-bearing part of the muzzle that aided in the forceful tearing-apart of prey animals. That trait, combined with teeth anchored within tooth pockets and two large temporal fenestrae (openings) as attachment points for the strong jaw muscles, made T. rex the ‘ideal carnivore,’ they believe.