News Staff
In 637, a few years after the founder of Islam, Muhammad, died, one of his military commanders completed the Arab conquest of Jerusalem, prior to that a holy city for Jews and Christians. It was over 400 years before Christians were able to take it back.

In 1099, after five weeks of siege, the city fell during their Crusade. Peter Tudebode, a contemporary chronicler, recounted that the Provencal forces led by Raymond de Saint Gille on the south side, positioned themselves somewhere on Mount Zion and proceeded to attack the wall. However, there was a ditch in front of the wall and they could not get their wooden siege tower up against the wall, and so Raymond asked his men, under cover of night, to fill in the ditch for payment of gold dinars. Though the siege tower was able to proceed, the southern assault was not what drove occupiers from the city.

It's no surprise one attack may not be designed to succeed but rather to distract enemy forces for another attack, and if you think historians today are biased in their coverage of modern events, imagine trying to discover the truth of events a thousand years ago. Archaeological evidence can help and it has confirmed at least some of the account. A dig has revealed the rumored, but never physically detected, trench the Fatamid defenders dug along the city's southern wall to protect against siege engines, the defense that contemporary accounts claimed helped stymie the southern assault. 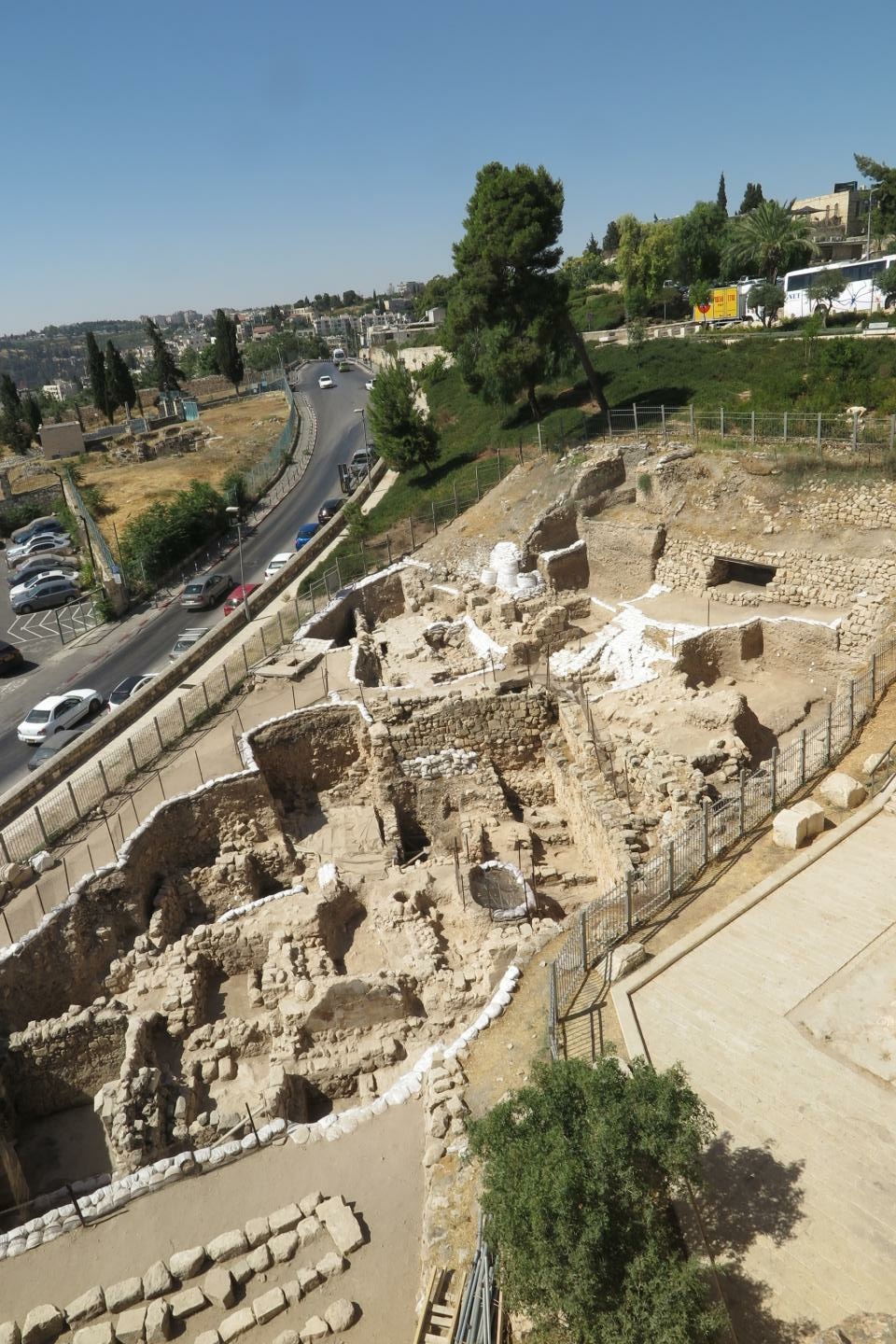 Near the trench, the archaeologists also unearthed an earthquake-damaged Fatamid structure, which was probably already a ruin at the time of the assault. The arrowheads, crosses and jewelry were found on the floor of the structure.

Through stratigraphic evidence, the archaeologists have been able to confirm the 11th Century date of the 17-meter-wide by 4-meter-deep ditch, which abutted the Fatimid city wall (built in the same place as the current wall near the current Zion Gate), and have also found artifacts from the assault itself, including arrowheads, Crusader bronze cross pendants, and a spectacular piece of Muslim gold jewelry, which is probable booty from the conquest.

In past seasons, the team found remnants of a Fatamid city gate at the site, which, the archaeologists argue, makes the area a likely focal point for the Crusaders' main southern assault on the city wall. Despite reported attempts to fill the trench by the attacking forces, the southern assault was ultimately unsuccessful. The city's defenses were finally breached by a simultaneous operation from the north.

Until the current find, however, there was no evidence that a southern ditch, trench or moat ever existed, calling into question the reality of the accounts of an assault. The team found that
the ditch sealed with a burnt layer that had coins in it from the time of King Baldwin III, the native born king of Jerusalem who fought a civil war against his mother Melisende, during which much of Jerusalem was burnt. Baldwin's fiery attack was known to be in 1153, about half a century after the conquest, thus dating the ditch as a landscape feature in the period before. 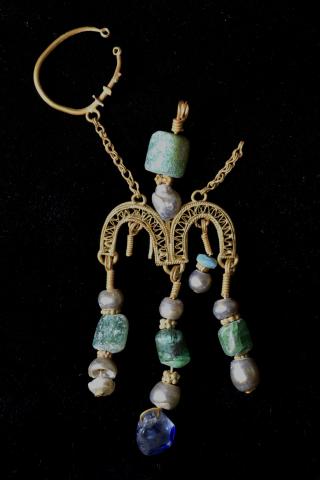 This earpiece, perhaps of Egyptian manufacture, is apparent loot from the Crusade's sack of Jerusalem in July, 1099. Credit: Virginia Withers

In the ditch's fill the archaeologists found what might be a part of a battle standard made of metal, as well as pieces of Chinese celadon ware pottery, which show active trade with the far east during the Fatamid period.  The jewelry, which includes gold workmanship with pearls and colored beads, was found by staff archaeologists and they are fairly certain that it is booty from the sack or carried by the soldiers carrying out the attack, rather than a dropped domestic item, noting that looting was a real interest of the crusaders.
News Articles
More Articles All Articles
About