News Staff
In Australia, native people have long contended that  native stingless bee honey had special health properties. Like the well-known Apis mellifera honeybees, stingless bees live in permanent colonies made up of a single queen and workers, who collect pollen and nectar to feed larvae within the colony.

And a new paper does find that nearly 85 percent of its sugar is trehalulose, not maltose, and trehalulose has a lower glycemic index, but claims that makes it healthier are going to deceive the public. Sugar is still sugar. Claims that native peoples who eat a lot of it have lower diabetes ignore too many other confounders to count.

What is a legitimate health claim is that trehalulose is less cariogenic, so it will lead to less tooth decay. That is true, it cannot be by the streptococcus mutans common in the human oral cavity that is a key source of decay. 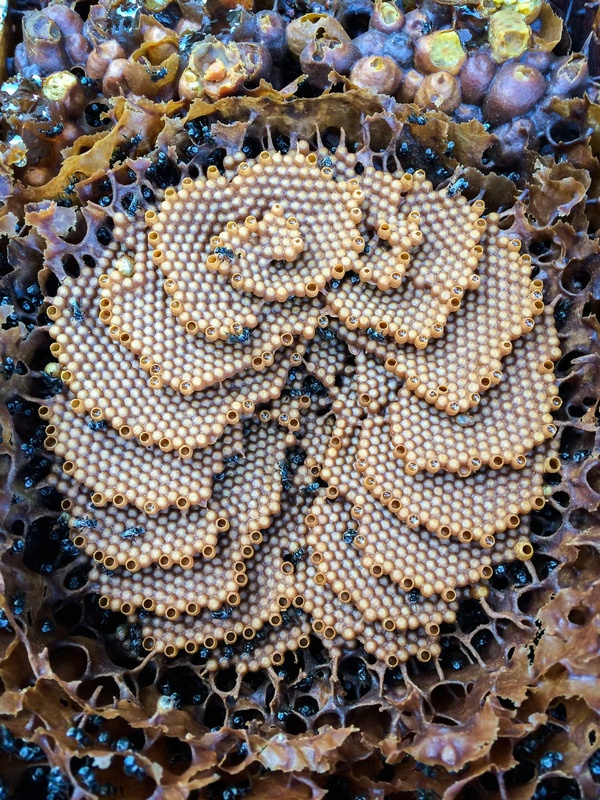 A lower glycemic index means it is broken down more slowly in the small intestine so it takes longer for the sugar to be absorbed into the blood stream, so there is a lower spike in glucose than you get from other sugars, but myths around glycemic index have led to claims that if a child has sugar they go wild.  It's similar to claims that any trace chemical can be harmful if high doses are.  Selling a science factoid as clinically relevant has caused the cost of the honey to be high, which has meant counterfeit products that are nothing but placebo. They aren't hurting anyone, but people are paying for nothing.

Trehalulose can be made synthetically with enzymes and bacteria but for people who believe that natural or even superior to science, the researchers behind the new product are working on a way to make native honey more affordable to produce. More choices are good. They just should not sell it as health food based on spurious epidemiological correlation.