News Staff
A San Francisco activist group claims major candy and snack manufacturers have deceived consumers by promising to clean up their palm oil supply chains, but these promises have been delayed, revised or watered down.

Palm Oil is a common vegetable oil, Nutella famously said their product won't be popular without it, and it has replaced partially hydrogenated oils in many uses due to higher yields than plants like rapeseed and sunflower plus stability at high temperature. But the popularity has come at a price.

Some countries in Southeast Asia engage in widespread deforestation and burn peatland areas to plant palm oil trees, which led to the UN targeting palm oil plantations as a major source of biodiversity loss. Companies are absolved, though, because they use commodity traders who deal with suppliers, allowing the candy companies to claim not to know if their palm oil is part of the problem - or their competitor's issue. 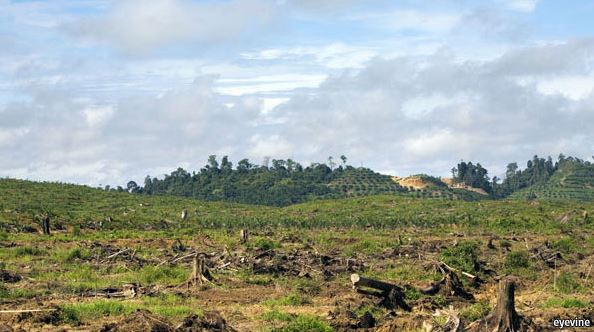 With the help of a friendly journalist at The Guardian, Rainforest Action Network blasted Nestlé, which responded to a Greenpeace campaign against them in 2010 by pledging to source all of its palm oil from places that were never natural forests by 2013. The company says it can trace nearly 70 percent to plantations and 90 percent to mills.  Hersheyand Mars committed to removing such palm oil from its supply chain in 2014. Hershey said its plantation sourcing last year was 14 percent and pushed its traceability campaign to 2020. Mars says 40 percent can be traced back to plantations, and 97 percent to mills.

They say it's hard to meet the goal but Mondelēz, which owns brands like Cadbury, Triscuit and Dentyne, is 100 percent certified.
News Articles
More Articles All Articles
About