"I looked at it as a chronic stressor. Our results showed that racial discrimination appears to trigger an inflammatory response among African Americans at the cellular level," states Thames.

Inflammation protects organisms from a health threat but chronic inflammation is linked to negative health outcomes, such as cancer and heart disease. Co-author Steve Cole, psychology professor at UCLA, has previously written that inflammatory responses are heightened among people in socially-marginalized, isolated groups. "We've seen this before in chronic loneliness, poverty, PTSD, and other types of adversity," he says. "But until now, nobody had looked at the effects of discrimination."

The study is too small to be meaningful, 71 subjects, two-thirds African American and one third European American, but its exploratory nature will get lost in corporate media outlets, as well as the confounder that 38 of the participants were positive for HIV. They believe that is a feature and not a bug and gave psychologists a chance to study the effects of racism independently from the effects of the disease. 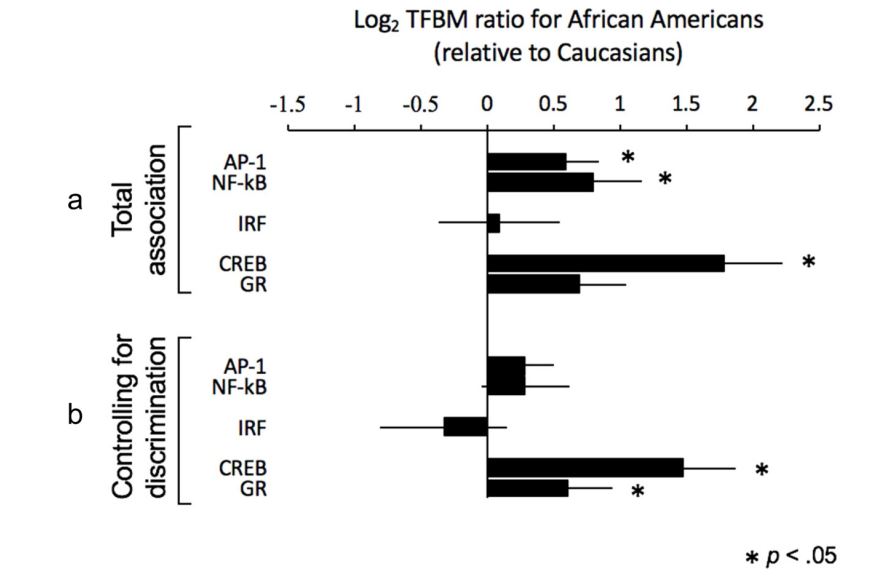 In RNA from the participants' cells, they measured molecules that trigger inflammation, as well as those involved in antiviral responses. They found higher levels of the inflammatory molecules in the African American participants and concluded that racism accounted for as much as 50 percent of the heightened inflammation among African Americans, including those who were positive for HIV.

All the participants had similar socioeconomic backgrounds to account for financial stressors, which allowed them to conclude it was racism and not the stress of being poor. "Racial discrimination is a different type of chronic stressor than poverty. People navigate poverty on a day-to-day basis and are aware that it is happening. They might even be able to address financial stressors through job changes, changes in earnings and financial management. But with discrimination, you don't always realize that it's happening."

The rationale is that while anyone can make more money, they can't change their skin color, so that chronic inflammation will remain even if poverty is gone.