News Staff
If you have ever visited or Florida or any place with rainfall extremes at sub-hourly timescales - short storms - residents joke that if you don't like their weather, wait five minutes and it will change.

A new analysis says those changes may be happening quickly, and are intensifying much faster than those on longer hourly or daily timescales. Which means greater chance for damaging environmental hazards like flash flooding. If these intense short-duration precipitation events are being affected by our changing climate. understanding them is crucial for effective climate adaptation and mitigation.

Climate change is expected to alter the intensity and frequency of heavy rainfall worldwide. However, despite advances in understanding the effects of a warming climate on rainfall extremes at daily or longer timescales, less is known about its effect on short-duration or sub-daily rain fall totals. Heavy precipitation at these scales is often responsible for destructive natural hazards, including flash floods, landslides, and debris flows in urban and rural regions. Because sub-daily rainfall extremes often occur over small areas, they can be missed by rain gauge networks, overlooked by satellite measurements, and are poorly predicted by regional climate models. 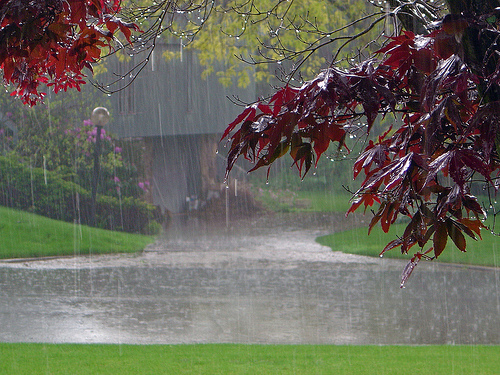 Ayat et al. discovered that these short-duration rainfall extremes are becoming more intense – rainfall totals during these sub-hourly events are increasing – much faster than those over longer periods.

According to the findings, despite no evidence of positive trends on the hourly or daily scales, sub-hourly extreme rainfall extremes in the Sydney area has been rising by at least 20% per decade.
News Articles
More Articles All Articles
About