Sour beer is not a defect. Some people like the tart, tangy brew which results when wild yeast and bacteria are allowed to grow in freshly brewed beer (wort) and then ferment.

It's the opposite of the fresher beer many desire and began as a niche market in in Europe long ago. Now it's taking off in the U.S. the way IPAs did a decade ago.

After fermentation, the wort is often transferred to wooden barrels where it matures for months or even years. During that time, the microbes produce numerous metabolic products -- including ethanol, acids and esters -- and as those acids and other flavor components evolve they provide much of the unique flavor of sour beers. The barrels themselves also infuse trace components, such as vanillin and catechin, that contribute to the flavor profile. 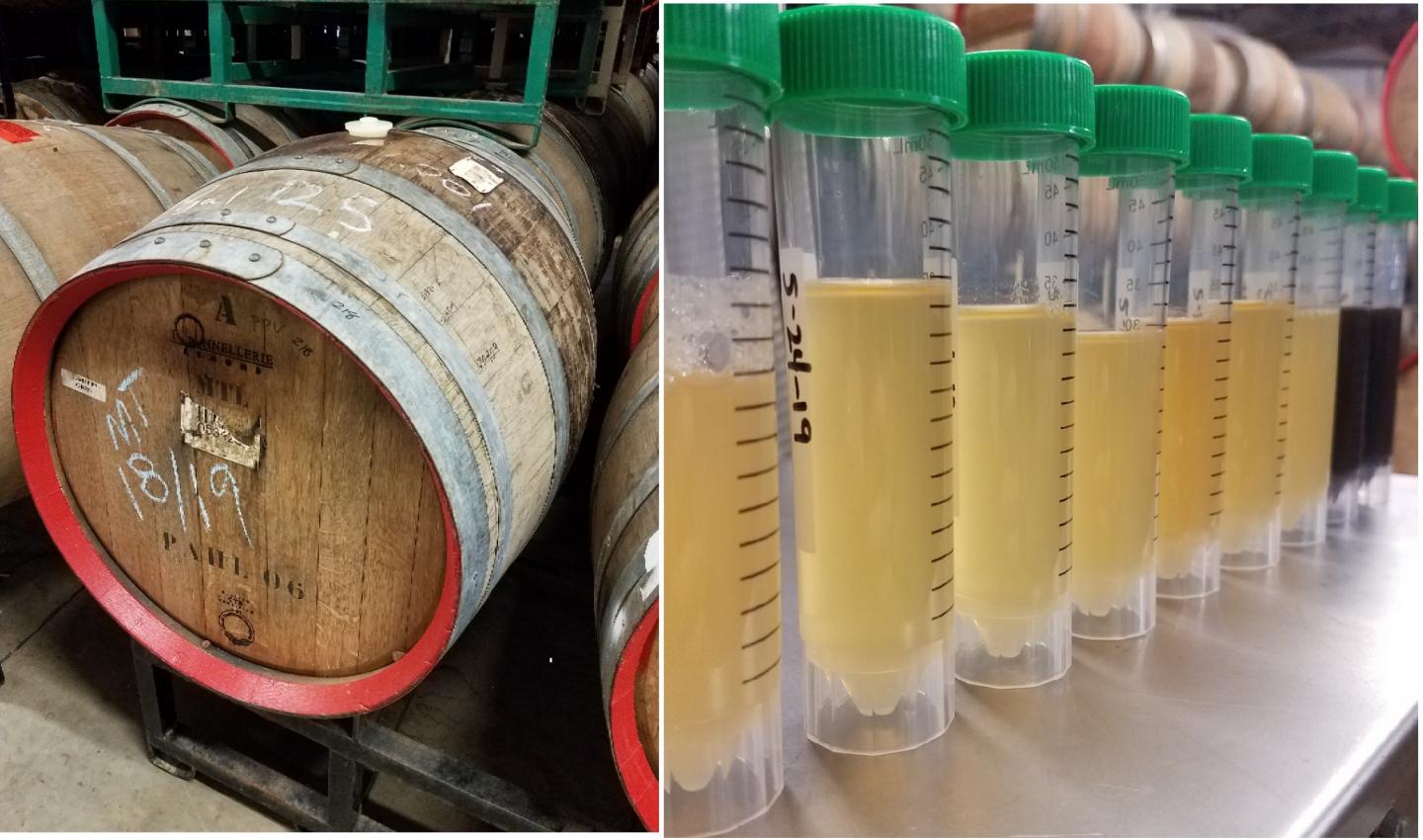 Because beer is chemistry, a team at the American Chemical Society meeting laid out its scientific nuances.

The scientists received samples during the entire process and examined each sample using NMR spectroscopy coupled and tracking the levels of: acetic acid, the main component of vinegar; lactic acid, which gives sourdough bread its distinctive taste; and succinic acid, which is found in broccoli, rhubarb and meat extracts.

They found that each acid stabilized at similar concentrations in the different batches, though some batches had greater variability.

"These organic acids give sour beers a lot of their flavor, and the balance of organic acids produces very different types of sour beer," says Dr. Teresa L. Longin, one of the project's principal investigators.  "It can be more like balsamic vinegar, which has a sweet/sour flavor, or it can be 'puckery' sour. So the mix of organic acids is really important for understanding the flavor profile."

Using liquid chromatography/time-of-flight mass spectrometry, they searched for other compounds that contribute subtly to flavor but are present at levels too low to detect with NMR.

They found some trace compounds changing over time - they start off at high concentrations and then disappear; they might be sugars that are being consumed by yeast as they produce ethanol and carbon dioxide, and by bacteria as they form organic acids. Others "grow in" over time. They could be additional organic acids, phenolics, or vanillin, which lends a hint of vanilla to beer.

The researchers will use the mass spectrometry data to identify the trace compounds and determine whether they come from the barrels or from byproducts of yeast or bacteria metabolism.

This will allow beer to become a little more science and less trial and error. Once they know that a beer with a specific combination of acids is especially pleasing, they'll know when to stop aging the beer so it doesn't lose that balance.