News Staff
To help try and understand the evolution and origins of cell motility, researchers have created the smallest mobile lifeform ever.

Scientists introduced seven proteins, believed to be directly involved in allowing Spiroplasma bacteria to swim into a synthetic bacterium named syn3—through genetic engineering. syn3 was designed and chemically synthesized to have the smallest genomic DNA possible including the minimum essential genetic information required for growth from the smallest genomes of naturally occurring Mycoplasma bacteria.

This genetically re-engineered syn3 changed from its normal spherical shape into a spiraling helix, which was able to swim by reversing the helix’s direction just like Spiroplasma. Further investigation revealed that only two of these newly added proteins were required to make syn3 capable of minimal swimming. 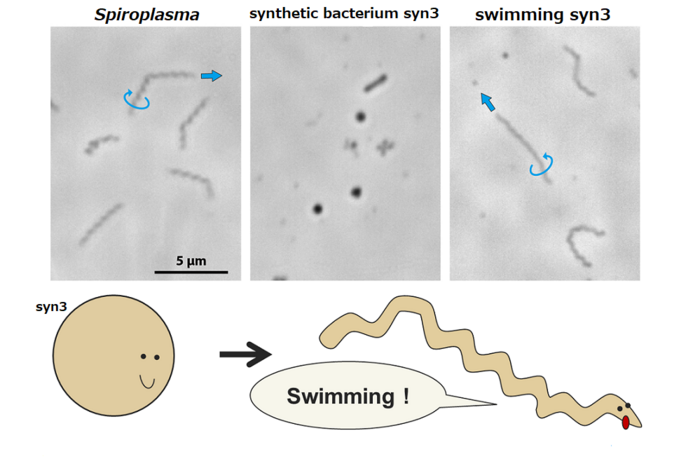 “Our swimming syn3 can be said to be the ‘smallest mobile lifeform’ with the ability to move on its own,” said Professor Makoto Miyata from the Graduate School of Science at Osaka Metropolitan University. “The results of this research are expected to advance how we understand the evolution and origins of cell motility.”