News Staff
One symptom of post-traumatic stress disorder (PTSD) is intrusive visual reminders of a traumatic event. New research in Current Biology finds that the brain uses similar visual areas for mental imagery and vision, but it uses low-level visual areas less precisely with mental imagery than with vision.

Mental imagery is in some ways similar to vision, but obviously not identical. The fuzzy dream-like state of imagery helps us to distinguish between our waking and dreaming moments. In people with PTSD, invasive images of traumatic events can become debilitating and feel like reality. If we can start to answer the age-old question about the relationship between mental imagery and vision and the neural function behind these intrusive thoughts can be better understood, better treatments for PTSD could be developed.

To explore this question, researchers used machine learning and insights from machine vision, which uses computers to view and process images. The researchers trained this network to see images and then took the next step of having the computer imagine images. Each part of the network is like a group of neurons in the brain. Each level of the network or neuron has a different function in vision and then mental imagery. 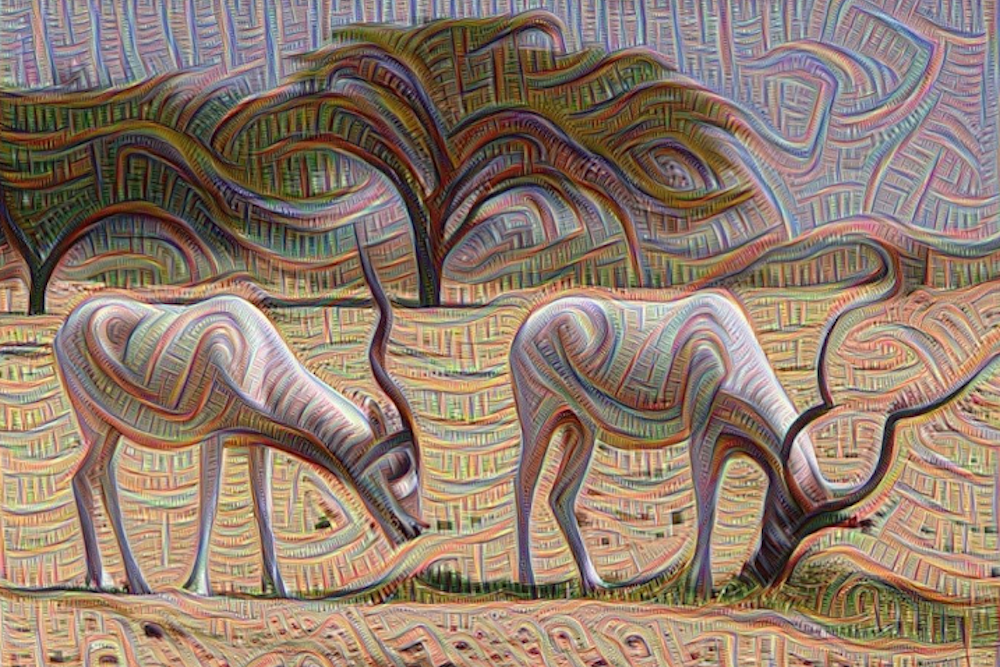 An ibis as "seen " by a machine, 2015. Provided by Medical University of South Carolina.

To test the idea that these networks are similar to the function of the brain, the researchers performed an MRI study to see which brain areas are activated with mental imagery or vision.

While inside the MRI, participants viewed images on a screen and were also asked to imagine images at different points on the screen. MRI imaging enabled researchers to define which parts of the brain were active or quiet while participants viewed a combination of animate and inanimate objects.

Once these brain areas were mapped, the researchers compared the results from the computer model to human brain function.

They discovered that both the computer and human brains functioned similarly. Areas of the brain from the retina of the eye to the primary visual cortex and beyond are both activated with vision and mental imagery. However, in mental imagery, the activation of the brain from the eye to the visual cortex is less precise, and in a sense, diffuse. This is similar to the neural network. With computer vision, low-level areas that represent the retina and visual cortex have precise activation.

One limitation is inability to recreate fully the mental images conjured by participants during the experiment. The development of methods for translating brain activity into viewable pictures of mental images is ongoing.
News Articles
More Articles All Articles
About