News Staff
Once upon a time, terms like 'primate' and 'Neanderthal' were used as joke insults, but they are both entirely true, and the latter even more so now.

Unlike databases of where people live such as companies like Ancestry uses to claim 'you are 12 percent Irish', biology is not a marketing gimmick. Once the science is settled, social fields like anthropology and other exploratory studies can fill in some gaps.

A new exploratory paper assessed the facial structure of prehistoric skulls, hoping to support the hypothesis that a lot of Neanderthal-Modern interbreeding took place in the Near East – the region ranging from North Africa to Iraq. 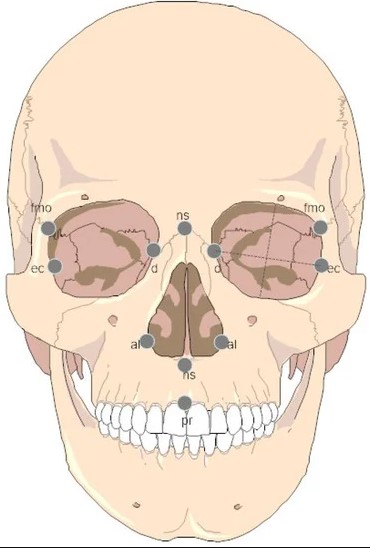 “The picture is really complicated,” says Duke University anthropologist Professor Steven Churchill, co-author of the paper. “We know there was interbreeding. Modern Asian populations seem to have more Neandertal DNA than modern European populations, which is weird – because Neandertals lived in what is now Europe. That has suggested that Neandertals interbred with what are now modern humans as our prehistoric ancestors left Africa, but before spreading to Asia. Our goal with this study was to see what additional light we could shed on this by assessing the facial structure of prehistoric humans and Neandertals.”

The scholars collected data on craniofacial morphology from the published literature. This ultimately resulted in a data set including 13 Neandertals, 233 prehistoric Homo sapiens, and 83 modern humans. They focused on standard craniofacial measurements, which are reproducible, and used those measurements to assess the size and shape of key facial structures. This then allowed the researchers to do an in-depth analysis to determine whether a given human population was likely to have interbred with Neandertal populations, as well as the extent of that likely interbreeding.

“Neandertals had big faces,” Churchill says. “But size alone doesn’t establish any genetic link between a human population and Neandertal populations. Our work here involved a more robust analysis of the facial structures.”

The researchers also accounted for environmental variables that are associated with changes in human facial characteristics, to determine the likelihood that connections they established between Neandertal and human populations were the result of interbreeding rather than other factors. They also hoped to link facial features to climate but as an exploratory paper such correlation is just speculation.
News Articles
More Articles All Articles
About