It seems that NCP (National Car Parks) has a theory that a thin concrete floor can support the weight of a van because, hey, gravity's only a theory, right?  Science, who needs it?

News reports show what happens when concrete isn't up to a task it was never intended for - like making airmail envelopes and such.

Images are appearing in UK news showing collapse of a concrete structure in a multi-storey car park in Nottingham.  What appears to be the cause of the collapse is woefully inadequate design.  But perhaps the floor which gave way was never intended to support more than the weight of an occasional pedestrian.  It is a common design feature of multi-storey car parks that they include a safe walkway for pedestrians.  In this instance it seems that no allowance was made for encroachment by a vehicle.  Perhaps the car park was designed around older vehicles which had substantial overhangs front and rear.  Modern cars and vans tend to have less overhang, so they can go right up against the safety wall and thus grossly overload the cantilevered floor.

Of course, I am jumping the gun somewhat, but materials science is worth paying attention to, in which respect it is a bit like gravity. 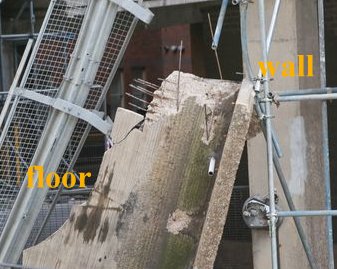 Part of floor and wall 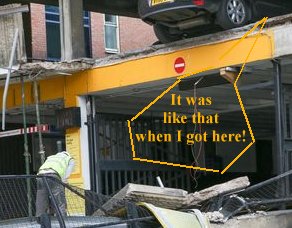 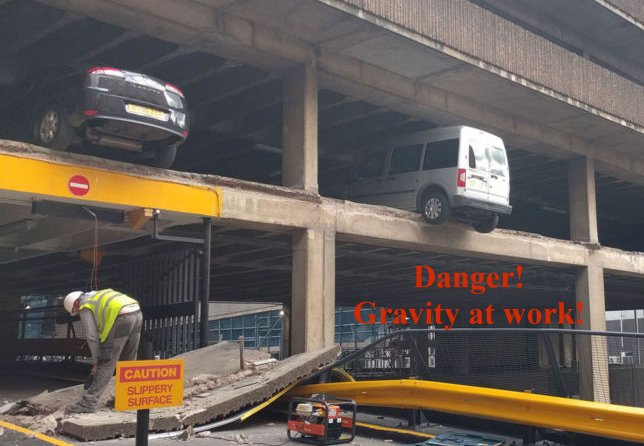 
Do you believe in gravity?