Me W
My recent love of watching TV online while attempting to get some of my more mindless tasks done led me to discover a "48 Hours: Mystery" episode called "American Girl: Italian Murder" on Amanda Knox, the American study abroad student who was tried and convicted for the murder of Meredith Kercher. I honestly knew only the basics of the case - that it was a supposed love triangle and that Knox was found

guilty and a few more details - but this show shed some interesting (and bizarrely fascinating) light on some of the more questionable aspects of Knox's trial. (If you want to know more, Wikipedia seems to have a decent summary with links to various news sources.)

I'll stipulate that obviously there are a number of issues in trying to determine what "the truth" really is and how to deal with the sort of moral/cultural relativism inherent in evaluating what a "fair trial" means for an American (from an American perspective) in the middle of the Italian justice system. Nonetheless, these are some of the controversies that were covered by "48 Hours" (and that various internet news sources provide some evidence for) -


Psychology comes into play here in a number of ways. First, the "48 Hours" report points out that Knox's co-defendant achieved a 'directness' with the jury that she never really did, which might explain the difference in sentences. But think about the situational influences beyond guilt or innocence that might influence behavior in that situation... speaking in another language for your life, in front of the world (literally)... what could be more nerve-wracking? Shouldn't we worry about the likelihood she's a sociopath if she did NOT show emotion (that prevented her from having a level-headed conversational style speech with people who were about to decide whether she got to live) in that situation? 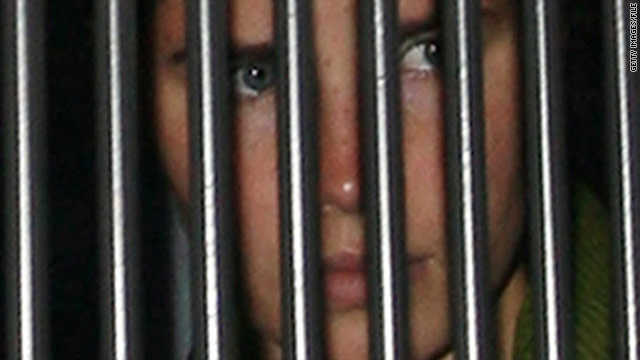 Again, if this trial had taken place in the United States, a number of things would have been different - the jury would have been sequestered, only evidence that couldn't be explained by contamination would have been allowed, and a variety of experts might have been able to testify and/or help Knox's team get a more desirable verdict. In the US, we have jury consultants who can help pick the ideal, most sympathetic jury. Specifically, I would hope that a defense team in an American court would be able to recognize and combat the overwhelming biases at work: the jury that enters the trial with knowledge and evidence and opinions that are already formed thanks to the press (and even if the person believes s/he doesn't have an opinion and thus forcing the defense to disprove preconceptions not formed by court-admitted evidence), the fact that this DNA evidence is not considered reliable by a variety of experts in the field, and the fact that a large number of suspects will confess to crimes they did not commit because they simply want the interrogation to stop and have become physically and emotionally drained by hours of questioning. The last point here has been shown by the number of persons who have been exonerated with the advent of DNA technology, even when those suspects had previously confessed - a whopping 25% of wrongful convictions (those where persons have been exonerated) involved false confessions. (I'm linking to data from Project Innocence, which is admittedly not an unbiased source, but I think it's presented well here and you can find similar information elsewhere online.)

Ultimately, even the Americn press was somewhat biased in its reporting as it seems far easier to find articles and information about Amanda Knox and a supposed love triangle than to find well-written pieces that challenge the assumptions and proceedings of the trial and process as a whole. That's not to say that anywhere is perfect, but I find it honestly stunning that very few people have attempted to explain some of the most simple issues and flaws in this system and that it is allowed to continue.
Psychology Applied to Life... and Grad School
More Articles All Articles
About

hardiness and resilience, gender, psychology and other scientific sub-disciplines, and affective forecasting...