One thing I will definitely miss about the St. Louis Zoo is their penguin and puffin display.  When visiting,

you walk through sliding doors into a cooled building and find yourself inches away from the birds, separated by only a chest-high fence of plexi-glass.   The birds are swimming right in front of you and, if you are not watchful, will poop on you.  Penguins are projectile poopers, and once my Sister and I were bombarded by a Rockhopper penguin perched on a high ledge above us.

The birds are remarkably proficient in their interactions

with humans.  They dislike flashes of light, and have learned that flashes come from cameras.  On one visit I witnessed a nice old lady trying to snap a shot of some beautiful king penguins.  The birds responded by jumping into the water and swimming up to her.  Excited that she would get a great picture, the lady brandished her camera.  The birds responded by slapping their wings/fins upwards and dousing her and the device with water.  To avoid a similar fate, I take my pictures without a flash at longer exposures.  This makes the images a tad blurry since the penguins don't always sit still, but it also keeps my new camera dry. 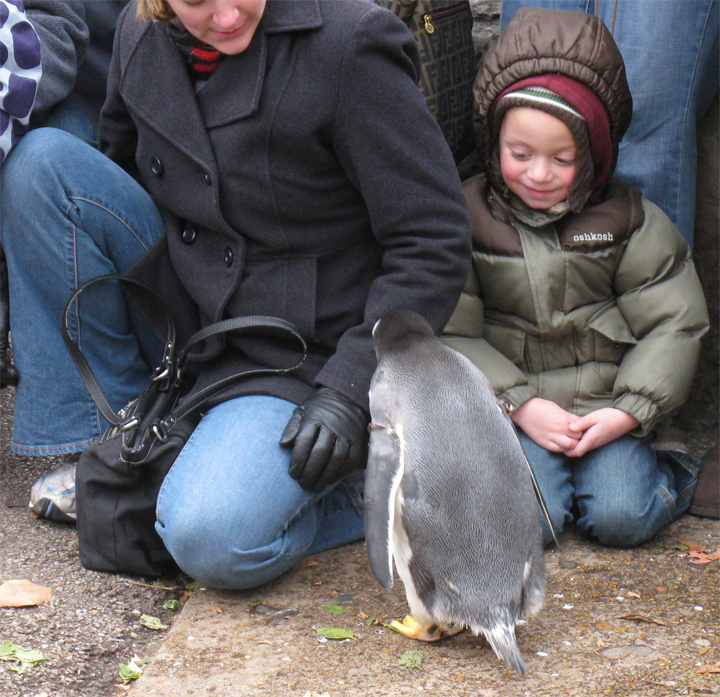 At the Penguin Walk,  King and Gentoo penguins were led out onto a causeway lined with Humans, and  these three highly evolved species were allowed to interact.  It

went quite well for the first attempt.  At times the humans crowded the birds, but stepped back and made more room whenever asked to by the zookeepers.  One thing I learned is that Gentoo penguins LOVE denim.  On multiple occasions these birds would walk up to someone wearing blue jeans and zealously pull at the fabric with their beaks.  I'm not sure why.  Maybe blue jeans look like really big fish to them.

I absolutely love penguins.  I have a penchant for large birds in general, but since I have no desire to hunt penguins, my affection for them comes from a different angle -- these birds are a great illustration of evolution.  On land they seem awkward, but in the water their niche in nature becomes apparent.  They don't fly, but instead use their feathers to keep them warm as dry and they streak through the water like fat, fish eating torpedoes.  This flightless use of feathers brings up a key point in evolution:  some dinosaurs had feathers, and they are related to birds.

If you visit the American Museum of Natural History in New York City, you will find a skeleton of a penguin in the same display case as a group of dinosaurs known as Dromaeosauridae.  This group of dinosaurs, which includes Deinonychus and the famous Velociraptor, share several things in common with penguins.  First of all, the skeletons are all very similar.  If you don't believe me, visit the museum and see for yourself.  Second, none of these species can fly.  Third, they all have feathers.  All the scientific evidence means that the simplest explanation for the origin of these species is that modern birds and this group of feathered dinosaurs share a common ancestor.  As a result, the museum groups these very similar species together.

When I first learned this years ago, I was very surprised.  A penguin looks nothing like the Velociraptor that I saw when I watched the movie Jurassic Park.  It turns out that this movie had painted a slightly inaccurate picture.  There is very good evidence that the raptors and its relatives were covered in feathers, not scales as in the movie.  Also, in the movie the raptors are six feet tall.  In real life these animals were actually about the size of a turkey.  On Wikipedia there is a great illustration of what these bird/dinosaurs may have looked like: 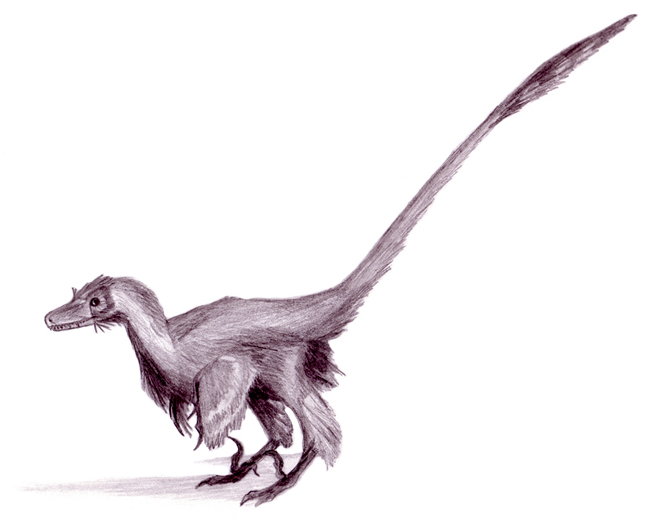 That's a little different from the popular version seen in Jurassic Park: 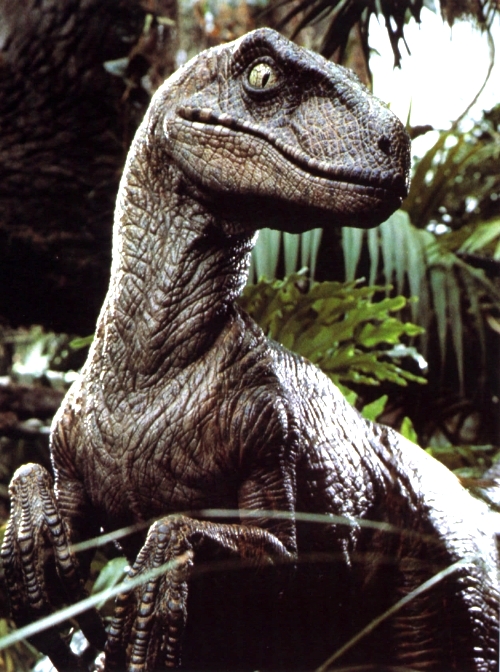 To the movie's credit, it does suggest the idea that dinosaurs and birds are related.  Modern paleontological research is fleshing out this relationship and accumulating more evidence.  It is still unclear though why these dinosaurs had feathers.  They may have used them to glide when running downhill (I've seen turkeys do something similar).  It is possible that these flightless dinosaurs  evolved from ancestors that could fly.

Imagine walking through the woods and coming across a three-foot tall bird with sharp teeth and nasty long talons on its feet.  Now THAT is one helluva turkey hunt!
Genetic Interactions
More Articles All Articles
About