Project Calliope
A TubeSat picosatellite lifts 200 grams of payload. That's about 7 ounces. Looked at one way, that's less than half a can of soda. But it's enough to lift an entire Nintendo DS game handheld into orbit. 200 grams can be a lot of electronics.

When I committed to this project, I didn't yet have the specific electronics in mind. I've built mini guitar amps and guitar sound processors that come in well under 7 ounces. I assumed I could kit-bash stuff and create my own schematics for the final assembly. What I didn't expect was that there would be a company that already builds everything I need.

Enter I-CubeX. They're a Canadian company that creates sensors for performance art, concept pieces, human-computer interaction, and just general sensor fun. In short, they have much of my payload in easy-to-assemble lego-like fashion. And their sensors return MIDI.

What's MIDI? MIDI is an electronic musical instrument data format. It lets you separate the instrument from the actual sound generation. The instrument-- a MIDI keyboard, MIDI drum, MIDI saxophone, MIDI satellite-- generates event messages that you can feed into a sound card or synthesizer. It's kind of like transmitting a player piano roll, it has no sound itself, but it lets other devices create sound.

I just got my first package of potential instrument pieces yesterday. For starters, I have a single magnetic sensor and a sensor-to-MIDI converter. The converter can take up to 8 channels, so if I have weight to spare, I can add more sensors. Optical, definitely. Temperature, likely. Vibration, maybe. 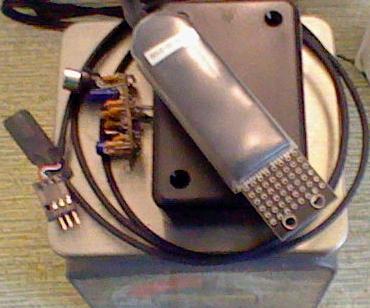 As a weight test, I weighed out my first batch of parts. I added in an FM transmitter (representing a to-be-designed add-on) and, of course, a box to hold them in. I'm under 3 grams-- well under half my weight budget. I'm also still waiting for a heliophone kit from a UK company, to see about adding on-board signal processing akin to a theremin. 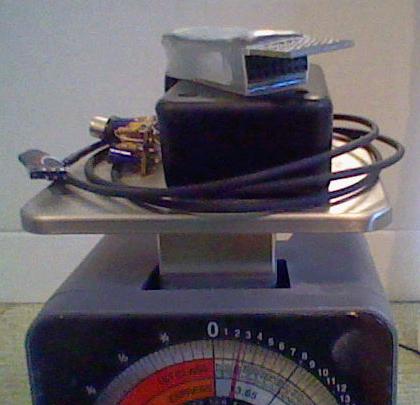 My next analysis will be my power budget. The more sensors and sound processing I stick in, the more power it sucks up. We have a fixed amount of juice from the battery/solar cell setup. This analysis will have to wait until I actually receive the TubeSat kit, however.

My satellite sensors return MIDI. You (on Earth) take the MIDI data and you can make it sound like anything. Piano, trumpet, footsteps, just dial in a different sound and run the MIDI data and it'll play in that voice. The MIDI events give you pitch and intensity, the rest is up to the remixer.

Like techno? Assign magnetic and temperature to two harmony drones, opticals on different sample triggers, and add a drum track. Like ambient? Try magnetic on organ, temperature as a phase modulator, optical on chimes. Punk? Put everything on guitar and speed it up. Want space whales like Star Trek IV? Map everything to whale song samples (tip of the hat to my wife Emma for this idea!)

I'm doing music from space, using a 200 gram instrument in a half-kilogram case launched 312 kilometers up. What 200 grams would you put into orbit?