Project Calliope
We are in a new space revolution, and in the past two years, several people have used the Kickstarter crowd-funding platform  to try to get into space.  Not all succeeded.  Let's look at the current standings.  They are, in order of kickstarter: Team Prometheus, Project Calliope, Sampling Space, KickSat, ArduSat, and most recently SkyCube.

A little history is in order.  The progenitor of amateur space, of non-government non-corporations actually launching their own satellite to do whatever they personally want, is the OSCAR satellies by AMSAT.  40 years ago-- 40 years!-- and thus way before Kickstarter existed, the amateur satellite group (AMSAT) successfully began their series of radio beacons in space.

AMSAT begat CubeSat.  CubeSat is not a satellite but a standardization of pico-satellite (very small satellite) design that makes it easier for any group to build, and easier for rocket people to be willing to launch.  You can think of the CubeSat spec as the USB of the satellite work.  As long as you follow the spec, odds are it'll work and play nice with other people's stuff.  As a side note, amateur satellites are required to make their data available to everyone.

Kickstarter is a website that lets projects ask for funding, telethon-style, and if you get enough people contributing to meet your goal, you get to keep the money.  If you don't meet the goal, you get nothing-- their philosophy is that underfunded projects likely can't keep their promises to their backers.  If you get more than your funding goal, you do get to keep the extra.

Most projects offer tiered benefits to those who donate to encourage participation.  These can range from thank-you tchotcas and shout-outs through to (for movie-making and books) a copy of the final product, or in the case of pre-sales, various quantities of the products being made.  Tiers often give you fan-level creation to the creator-- behind-the-scenes access to how the project is going, ability to customize the project yourself, or even visits from the creator (at higher tiers).

Some projects use a kickstart to fully fund their work, others to get that last bit of funding needed.  Still others use it as a pre-order 'store' for an upcoming project.  While the average kickstarter project aims for under $5,000 (and achieves it), there have been several projects that have broken the $100,000 mark, and a handful that netted over $1,000,000.  The big winners get the press, but it is worth noting that not all projects succeed in reaching their funding goals.  And, of the projects that succeed, the majority do not deliver their result on time, though most projects do fulfil their goals eventually.  Enough with the warnings, though.

At the time of my own Calliope kickstarter, all projects asking for funding had to be creative/arts projects and had to be approved by the site.  Since then, they have opened up their criteria and reduced the approval process, which really opened up the gates to innovation.

Picosatellites are intended to fly into Low Earth Orbit (LEO), a 90-minute orbit around the Earth, the same region the shuttle flew.  They are just a bit larger than a soda can and weight 1kg.  Over 70 have been launched by universities and labs in the past, and over 30 are in the works.  Most have a short lifetime (under 16 weeks) and burn up on re-entry to keep space tidy, though some get lofted higher to give them a longer life.  None of the satellites covered here can move or position themselves, but just coast in orbit until they die.  Kickstarter is the newest channel for those of us doing private picosatellites.

Team Prometheus (Mar 9 - Apr 9, 2011, "Team Prometheus N-Prize Mission") earns the honor of being the first picosatellite mission to use Kickstarter.  They sought funds to complete their existing work to finally boost their satellite into orbit.  They asked for $20,000, but only picked up $505.

Capturing the Ionosphere (Apr 6 - May 21, 2011, "Capturing the Ionosphere: Ground Station Calliope") likewise was using it for that 'final fundng push' to fund the ground communications station. Project Calliope uses the alternative TubeSat format and will orbit through the ionosphere and transmit down, as music, the rhythm of how the sun's activity affects space.  Anyone with a HAM radio can listen in, and musicians can remix the sound tracks in their own work royalty-free. Contributors got promotional items (pins and mission patches).  It aimed to get $2,600 and did squeek in with reached $2,780.  The concept had been proven-- kickstarter could fund space exploration.

Sampling Space (Jun 30 - Aug 29, 2011, "Sampling Space: Make Music in Orbit") aimed at crowd-sourcing a TubeSat design.  Contributors would, as with Calliope, get promotional patches and other benefits.  They were the first satellite to try and get primary funding via kickstarter (rather than, as Calliope, being an already paid for mission seeking to add capacity).  It aimed to get $20,000 but got $880 and thus was not funded.

KickSat (Oct 4 - Dec 3, 2011, "Your personal spacecraft in space") was the first CubeSat to let contributors buy actual space hardware to send a message from space.  Their mission is to have the primary cube kick out 100 tiny one-chip radio transmitters, each sending its own little radio message in a Sputnik-like fashion.  As with the others, lower tiers offered thanks and promotional value, but at $300 you could actually tell one of the 100+ kicksats to send your own message.  It aimed to get $30,000 and reached $74,587.  The funding bar had been raised.

ArduSat (Jun 15 - Jul 15, 2012, "Your Arduino Experiment in Space") was the first kickstarter that let contributors buy the use of the satellite for short periods of time.  Contributors get thanks and bragging rights at low levels, at higher ($150+) levels you can request spacecraft images, and at $300+ you can have it broadcast your own message.  It also intends to provide a general Arduino-based satellite design others can also build, thus moving other teams forward. It aimed to get $35,000 and reached $106,330.

Firefly (Aug 1 - Aug 31, 2012, "Exploration with Arduino made easy") was an intermediate project rather than a satellite, to create an Arduino board for satellites, balloons and other high altitude work.  By Kentucky Space LLC, a picosatellite/space non-profit. They aimed to get $35,000 but unfortunately got $8,420 and did not reach the goal in time, a pity given the strong track record of that team in terms of successful launches.

Hermes Spacecraft (Mar 29 - Apr 28, 2012, "Hermes Spacecraft"), likewise an non-satellite project, sought funding to help with their development of a space rocket for future space exploration work.  They offered promotional items and info on the team for backers, and managed to reach their $20,000 goal by reaching $20,840.

SkyCube (Jul 14 - Sep 12, 2012, "The First Satellite Launched by You!") was the first for-profit CubeSat, and like ArduSat let its contributors buy time to either take a (random) photo of the Earth or tweet/broadcast a message from space.  It also will deploy a giant space balloon to a) see if it is visible from the ground and b) de-orbit it rapidly.  Designed by the small SkySoft astronomy software company, this was also the first kickstarter satellite promoted by the awesome George Takei, it stated as a for-profit effort, and has corporate sponsors as well.  It aimed to get $82,500 and reached over $100,000.

It's notably that, while the funding levels asked for crept higher, every Kickstarter satellite has been based on a healthy community model centering on providing promotional items and thanks in return for cash.  A growing trend is that some capacity of the satellite is opened up to others.  Kickstarter is currently an excellent avenue for the amateur satellite community looking to advance the new space frontier.

I wonder if AMSAT has plans to run a kickstarter? 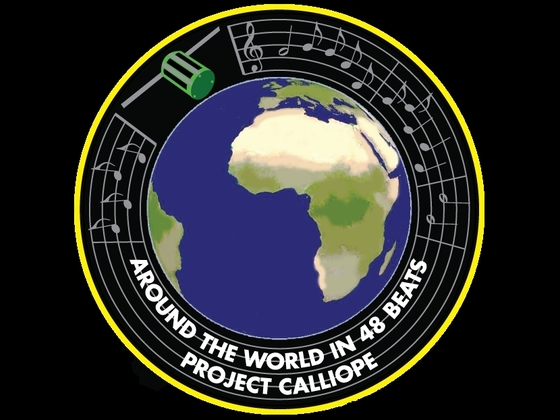 
p.s. Finding out about these missions is not made simple, even with the web.  It's worth noting there is no science category on Kickstarter, and searching for past missions is problematic even using google.  Further, not all missions know each other.  For example, Project Calliope did not know of Team Prometheus when we did our kickstarter,  and though Sampling Space knew of Calliope and SkyCube knew of Calliope, KickSat and ArduSat, past that, I do not know whether any given team was aware of the other projects.  In fact, I only discovered the first Kickstarter satellite mission, "Team Prometheus", today while researching this article.