Project Calliope
There's a neat piece on tweaking versus invention, written by two law professors (Kal Raustiala of UCLA and Chris Sprigman at UVA) over as a Freakonomics guest blog.  Their bit on Geeks, Tweeks and Innovation talks about how Tweaking is good, but the law is against it.

Pioneers and Tweakers. Pioneers are the Thomas Edisons of the world — the people who fit our romantic image of the lonely genius — whereas Tweakers are the ones who transform Big Ideas into brilliant products by reworking and refining them.

Their concern is that current Intellectual Property (IP) law "decidedly favors Pioneers over Tweakers."  They give some good examples of pro-Tweaker efforts, including contests and code sharing to solve problems.

There's often a similar bias in DIY (Do It Yourself) culture: the purists versus the tweakers.  A purist believes the DIY should create everything, it should be novel, and they should be the first.  A Tweaker culture likes sharing the latest riffs and innovations made to concepts.

Where do you draw the line?  People have been launching home-built weather balloons for years, putting up camera and stuff.  Now every week you can read a new 'first': first high schoolers to do it, first to send an iPhone, first to launch a paper airplane.  These are tweaks, yes, but they're fun and they advance the state of the art.

A case history involving me: in the mid-90s I invented what you would call 'blogging' for rpg.net.  At the time we called it "columns with embedded inline forum comments".  So whenever you hear someone make fun of the name 'blog', remember you could have been saddled with 'CWEIFCs'.

It was a natural progression at the time, and something that a lot of websites came up with independently.  We were innovators and pioneers, but everyone was inventing it at that time.  We each came up with it on their own, but it just 'made sense' to do things that way.

(Everything then was hand-made, often using reference code from places like Matt's Script Archive. Oddly enough, we sold the site and the current owners moved away from inline blog comments to a retro forum method.)

I think a good tweaker is often an pioneer.  I don't think pioneers are just the first lone sole to do something, they're instead the wave of first and early adopters trying out variations.  I agree with the blog writers that IP law is biased against tweaking.  I disagree with the writers' division of Pioneers versus Tweakers.  I think there are 3 types: 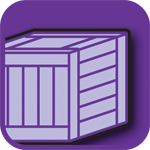