You could also call it mad science or individual/small group science projects.  I would put amateur astronomy into the 'personal science' more than 'citizen science'.  You're not helping an established scientist, but doing bonafide research on your own. I'd also put some of the DIY/Maker efforts in that category.

Peter also pointed out I fail to clearly explain to Calliope readers the "What is in it for them" part. This is indeed a big problem, given I am in the midst of fundraising for Calliope -- for the last part of Calliope, the non-tech part.  The part that says "how can everyone get and use this music/data?"  It'd be sad to have a satellite spinning around with no one able to hear it, and I'm all about avoiding sadness.  Through the fundraiser, you can help.  But what's in it for you?

'What you get' falls into two categories.  By contributing, you get to support a private space venture and get public recognition for doing so.  Maybe you do this because you believe in private space flight, maybe because you're also a maker or crafter and like to support the community.  I know I donated to one Kickstarter, not because I wanted the promo offered, but to support a fellow creator doing cool edgy work.

But there is more than community and warm fuzzies here, and I do believe Calliope offers something you can't get elsewhere.  Contribute and you get unique space memorabilia.  Face it, how many private space missions are there, and how many offered a limited edition Mission Patch 'just like the ones NASA does'?  For now, pretty much 'me', and while I hope future missions also get into the souvenirs and tchotchkes segment-- because it's fun!-- this is a first.

if you're into crafts and Esty, you can get cool space patches for a real mission

if you're a DIY or Maker, you can help back a fellow Maker who is giving blueprints out so others can make their own

if you're a space fan, contributing makes you part of the new private sector space race-- and gets you unique mission patches

if you're a tech entrepreneur, participating is a quick way to get goodwill and stealth into people to your venture

if you're a musician, you can ensure you get cool tracks from space

if you're a relative, remember, i know where you live

Best of all, you don't need to take my word-- visit the Kickstarter and decide for yourself!  It expires May 21, 2011, and you are our best hope to meet our goals-- and your goals, too. 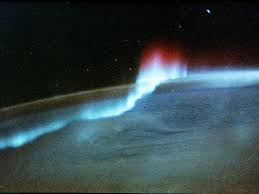 p.s. tip of the hat to Marc Kuchner's "Marketing for Science" facebook group, where Peter and I first had portions of this debate. Darlene Cavalier, aka the science cheerleader, gave her definition at the DCSWA career day.  She is the founder of ScienceForCitizens.net.
Satellite Diaries
More Articles All Articles
About