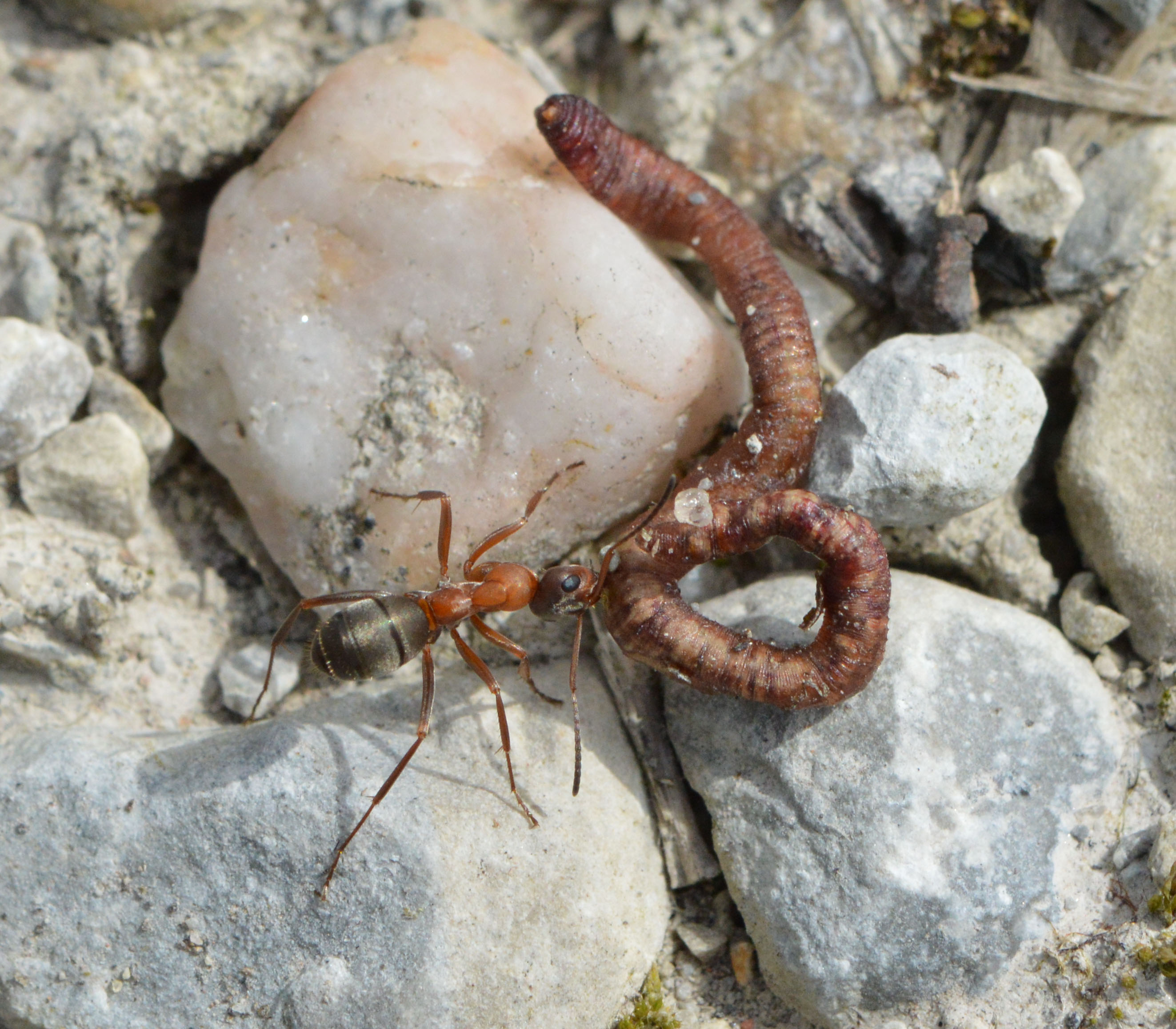 Life isn’t always easy, but some beetles simply behave reckless.Trying to get your eggs inside a colony of murderous all-consuming red woodants (Formica rufa, see the picturebelow) is simply asking for trouble, or is it?

The four spotted leaf beetle larvae build a house of excrement (poo) and earth to survive this hostile environment.

Meet the four spotted leaf beetle (Clytra quadripunctata, see the pictures.) These beetles look like ladybugs that have been stretched on the rack (a torture device from the middle ages).

These are however no ladybugs at all.

Where ladybugs are ferocious hunters that eat other insects, these four spotted leaf beetles eat, well, leaves of course.

Any sane beetle would know better than to mess with all-consuming red wood ants. You don’t want to get eaten do you? Well, these beetles do not agree. They actually like the fact that these ants are so dangerous because that way the provide a nice save heaven for their offspring to grow (ok, when you forget about the 200 thousand red wood ants for a minute).Although very little is known about these beetles, I found one paper by Horace Donisthorpe published in 1902, dealing with the life-history of this beetle.This paper might be old, but it is absolutely fantastic! 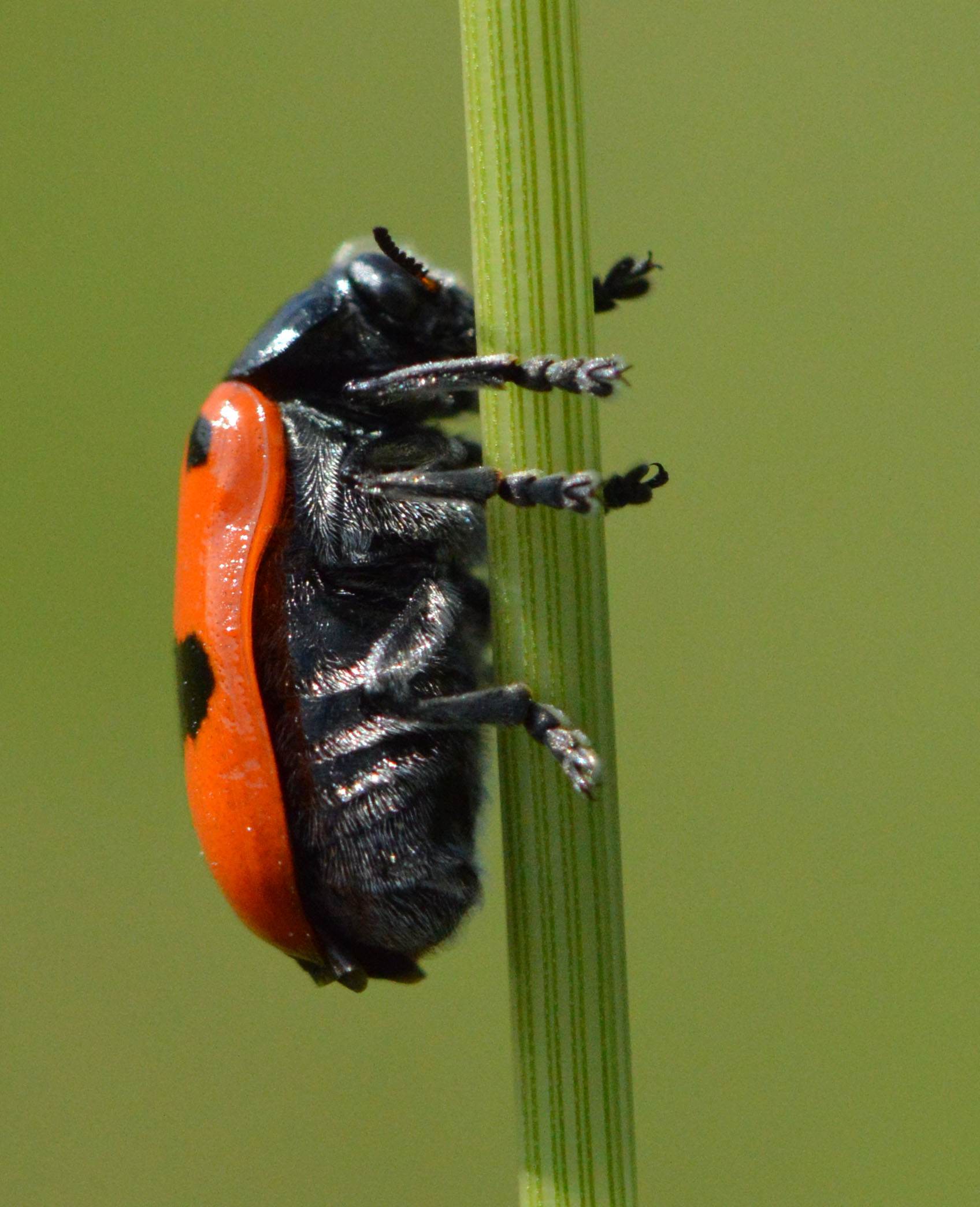 So Horace wanted to learn more about these beetles and he already knew they could be found in the nests of red wood ants. What he did was simple,he grabbed a handful of worker and queen ants to keep in the lab.

There he conducted all sorts of experiments to figure out how these beetles interact with the ants. For example, the larvae of these beetles always have a case around them (sort of house).

There the beetle larvae is safe.Horace wanted to see whether the ants would attack and kill the larvae when they did not have a case.  This is what he observed:

So he concluded that the case was quite important. By the observations he made, he figured out that the adult female, after mating, searches for a place on a shrub or branch above or close to a red wood ant nest. There she lays an egg, holds it in a small depression in her abdomen (near her ass), and starts coating the egg with excrement (poo). 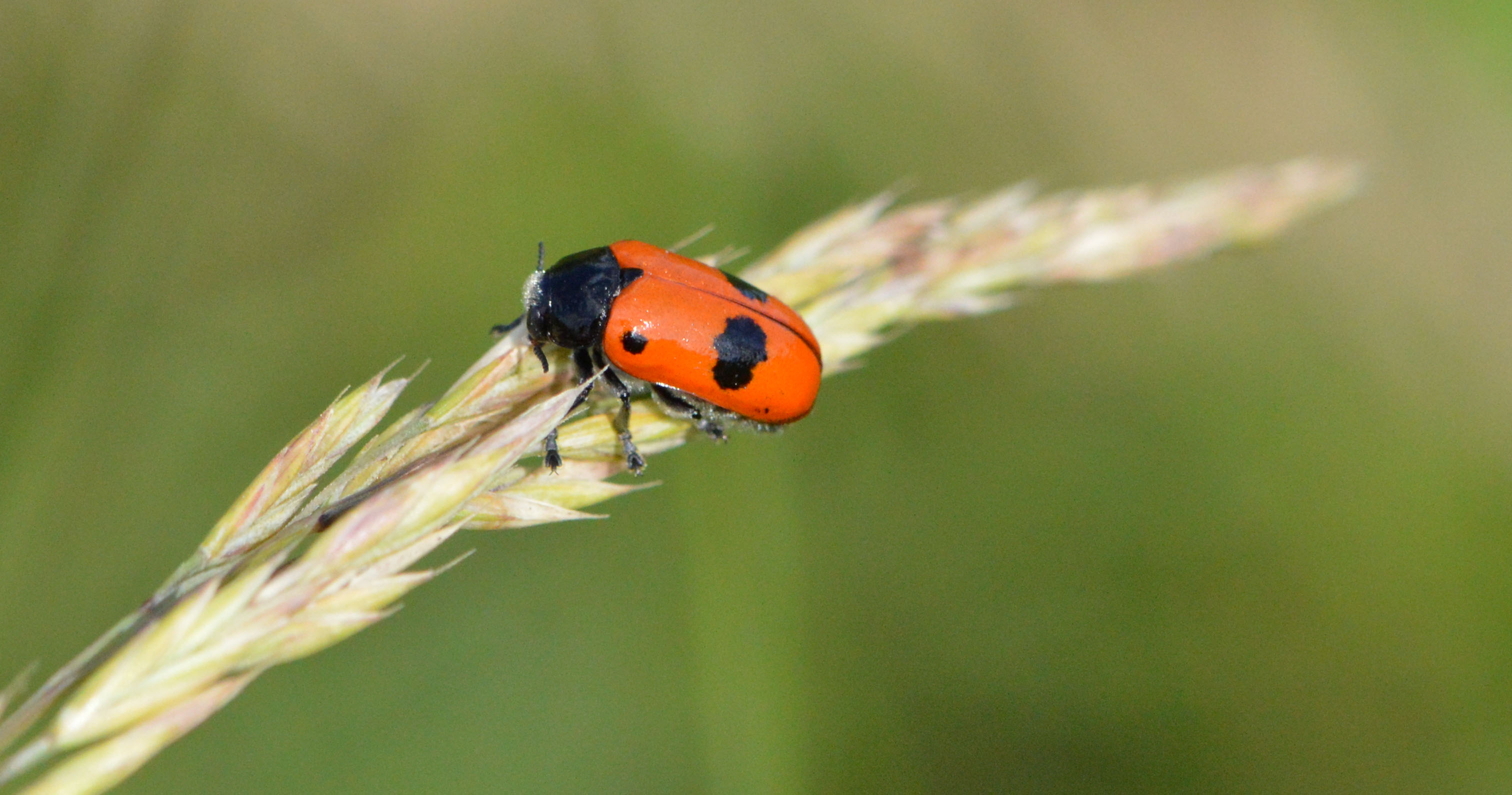 There the larvae feeds on plant material in the nest. The first case it has, is its egg case. As it grows, it adds its own excrement mixed with earth to the case so that it grows with the larvae.Finally, the larvae attaches the case to a piece of wood or vegetable matter in the nest and pupates. When the new adult emerges it chews a whole in the case to get out. It then tries to escape the ant nest with caution, ‘feigning death’and holding on to twigs when attacked by the ants.

Horace wasn’t done yet. He also asked, how do the beetles taste? In general, very colorful insects either taste terrible or impersonate an insect that tastes terrible. He wanted to see whether these beetles themselves taste terrible or whether they only resemble the distasteful ladybirds. I am not sure where he found all the volunteers to try this but here are some of his observations (marmosette is a sort of monkey):

The racket-tailed drongo was the only creature that ate Clythrareadily, but this bird appears to eat anything that is given to it.

The marmosette took a Clythra from its keeper, and put it into its mouth, but immediately took it out again, and threw it down in evident disgust. It would have nothing more to do with the beetles.

So he concludes that their color pattern represents their distastefulness and that this is not a case of mimicry. All in all, this beetle superficially looks like a ladybug. However, when taking a closer look, it has one very interesting way of life!