Avalon, "Isle of the Blessed", is a legendary island famous for its beautiful apples, featured in the Arthurian legend described by Geoffrey of Monmouth in the Historia Regum Britanniae (History of the Kings of Britain).

Geoffrey of Monmouth (1100-1135) wrote several works in latin being this the used language of learning and literature in Europe during the medieval period.

He wrote before 1135 the Prophetiae Merlini (Prophecies of Merlin), a series of obscure prophetic declarations attributed to Merlin translated from an unspecified language.

Avalon has equivalent in Indo-European mythology, particularly in the Irish Tír na nÓg and the Greek Hesperides.

The work "The Mists of Avalon" became an important work for feminist literature and contributed to the growth of the neo-paganism movement.

The author M. Zimmer Bradley describes the history of women of King Arthur: his mother Igraine, the half-sister Morgaine, the aunt Viviane also called the Madam of the Lake and his wife Gwenhwyfar. 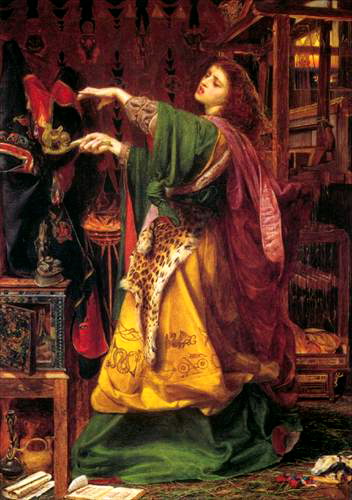