To the extent that written records show political, religious or other personal bias, it may be truly said that history is bunk.  Or we may say with Henry Ford that history - as a list of dates of political events - is bunk.  But if we take the term 'history' as inclusive of everything known about the past that has a bearing on our current collective human knowledge, then history is a most valuable asset.

History is the imperfect knowledge that we gain from studies of inadequate evidence.  The broader the brush with which we paint a historical scene, the more accurate that scene appears to be.  For many purposes, broad-brush accuracy is perfectly adequate.  Sometimes, however, we need more detail, but the physical laws of the universe dictate that the evidence available to us for study will inevitably become less in amount and quality with the passage of time.

In the domain of geology, for example, it is evident that processes of degradation are at work.  Degradation is most obvious when rocks are eroded to fine particles.  However, in terms of the degradation of data, degradation is happening even at this moment, as new rocks are being formed.  Take the case of chalk.  Chalk deposits were formed over most of the world during the cretaceous period.  The process of formation continues to this day.  Tiny living creatures - coccolithophores - die and their remains rain down onto the ocean floor.  Examination of the resulting chalky ooze under the microscope shows us bits of these microscopic creatures - but tells us nothing about their  behavioral patterns when alive.  That information, that data, has been irretrievably lost. 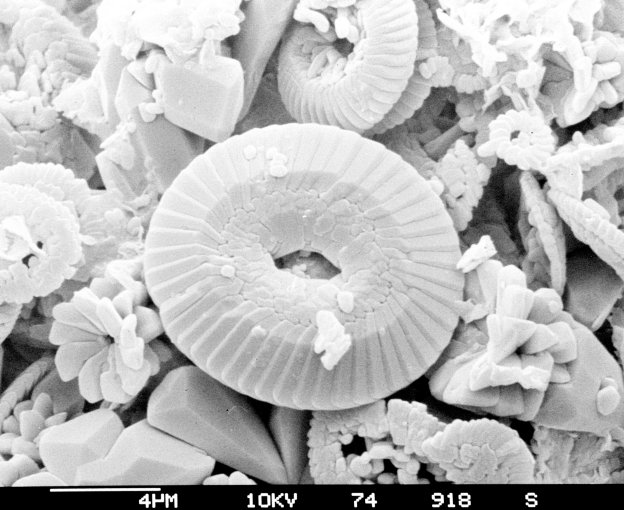 It is perhaps worth mentioning in passing that although these coccolithophores are microscopic, they can be seen from space.  The images below show a 'new cretaceous' in process of formation in the North Sea.  The bright blue is a peculiarity of the way that the coccolithophores reflect and scatter light. 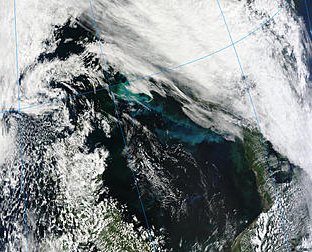 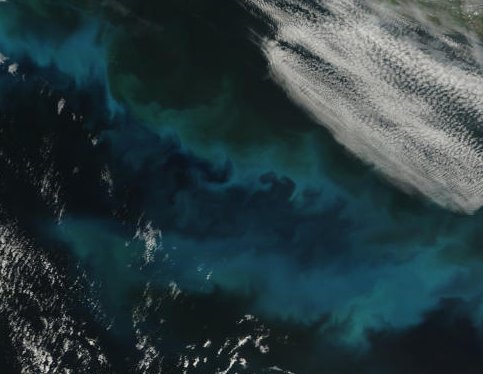 
When things die, even if they are preserved as fossils, there is an inevitable and irretrievable loss of data.  Now consider antiques, artifacts, written records and such.  These things are of immense value to the historian, but they can never be permanently preserved.  Quite apart from the accidental or deliberate destruction of whole libraries and monuments, there will always be a slow process of loss.  There have been many instances in history where things of historical value were not seen as of any practical value on the death of their owner.  I have myself rescued rare books from destruction as landfill or waste paper.


The value of historical knowledge

There is a definite trend in the preservation of knowledge and it is a trend towards the preservation only of broad-brush knowledge.  Which brings us to the notion of the TMT boundary.  Like an archaeologist, any scientific researcher will dig down until sufficient evidence is found for the practical purpose at hand.  And then the digging stops.  There is always a level of detail to be found which is sufficient to the purposes of the specific inquirer.  If that level of knowledge ever becomes sufficient for all subsequent inquirers, data may well be lost.

There are many well known 'facts' which are quite simply untrue.  I suggest that wrong ideas can persist as 'facts' because they represent a level of knowledge sufficient and necessary for the ordinary person.  The ordinary person finds a 'fact' which suits the task at hand and declines to investigate further.  Further investigation is Too Much trouble.  The limit of any ordinary person's knowledge is defined by this TMT boundary.

The scientist has no excuse for failing to penetrate the TMT boundary.  What is sufficient and necessary for John Doe or Jane Roe must not be allowed to influence the meaning of 'sufficient and necessary' in the domain of science.  It is good to check once in a while to see if our 'facts' have a solid historical foundation.


History and the art of navigation

The good historian is a good navigator.  A navigator can never be entirely lost.  Knowing the point of departure, the course steered, the winds and currents, and the time elapsed since departure from land, the navigator can allow for the chaos in the whole ship - planet system and place the ship in a fairly well defined area of uncertainty.  Historical research is just like navigation - or physics.  It is a process of obtaining the most accurate evidence possible and then using this to define the uncertainties which are inevitable in any human endeavor.  Long before scientists thought up the concept of error bars, navigators were using the concept of well-defined errors to navigate ships through fogs into safe havens.


Beyond the TMT boundary

The history of invention and scientific discovery is a rich source of bunk.  History as bunk persists because, for so many writers, checking the facts is just TMT - Too Much trouble.  How simple, how just plain easy is intellectual laziness.  It gets the article written sooner, leaving that much more time to sink down a pleasant drink or three.  The most persistently bogus bunk proliferates.  That very proliferation makes the task of finding nuggets of truth so much harder.  As the truth is buried in ever more basically bogus bunkum - as the signal gets swamped by ever more noise - the task of digging for truth becomes ever harder.  And so, for ever more people, the truth is lost behind the TMT boundary.


How do we get past the TMT boundary?

For a start, don't use just one or two sources to check your facts: compare multiple sources.  When searching the internet, don't just dip into the top results: dig down deep.  By way of example, many of the top results in Google search for "history is bunk" link to articles which assert that what Henry Ford really said was that history is 'more or less' bunk.  The truth is that on one occasion he said "history is bunk" and on another he said that history is 'more or less' bunk.  The error in the articles arises due to a writer's natural tendency to find a reliable source of data and then to assume that searching for other reliable sources with alternative data is Too Much Trouble.

Errors of fact will persist for as long as writers find it Too Much Trouble to check their facts.  Eventually, older records are lost for all time, so there is no evidence with which to counter a claim of fact.  In the circumstance of no countervailing evidence, in a court of law the claim must be accepted as legal truth.  In science, the equivalent to the legal balance of evidence is that if there is no evidence to support a theory then it must be abandoned.  And thus what was once an error of fact becomes, through a perfectly sound process of logic, unarguable truth.

Data loss is inevitable.  The loss can only be delayed.  For as long as knowledge has value - presumably for as long as the human species survives - data loss can be delayed if we make the effort.  By digging deep into history far beyond the TMT barrier we can uncover knowledge.  When it is not too much trouble to suffer the hardships of polar cold to uncover the knowledge hidden in ice cores, how can it be too much trouble to spend an extra few minutes on the web uncovering those truths which may lie hidden beneath the easy pickings?

When truth is sought by means of an investigation which is a systematic and comprehensive exploration of all available data; when no data has been excluded because the search for it is perhaps Too Much Trouble: then, and only then, the pursuit of truth may justly be called science.  Or, perhaps, historiography.
The Chatter Box
More Articles All Articles
About