Plants and the moon.

For thousands of years, people from many lands have believed that the planets and stars affect their lives. The belief in astrology is widely known. Less well known is the equally ancient belief that the moon affects the germination and growth of plants. Unlike the case with astrology, there is at least some scientific basis1 for the idea of a connection between the phases of the moon and the growth of plants.

It is tempting to assume that some of the illustrations in the Voynich Manuscript represent star charts and that they have something to do with astrology. But: may it not be the case that they have to do with agricultural practices of ancient origin, widely practiced in the middle ages, based on lunar cycles? In such case, the "stars" may be intended to be representations of plants. 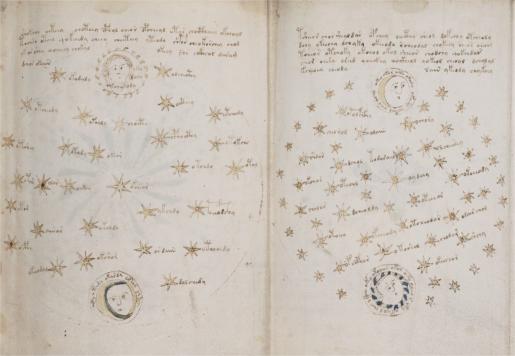 The VM contains many images of plants. It should, then, contain a preponderance of words having to do with plants. Given the many illustrations of women in baths and tubs, it should also contain many words to do with the connection between baths and plants. Even if we have no idea what the strange symbols represent, if words with a high frequency of occurence appear on pages which seem to portray stars, then perhaps those "stars" actually represent plants. It would certainly make more sense for the women in the tubs to be holding herb symbols, rather than astrological symbols. 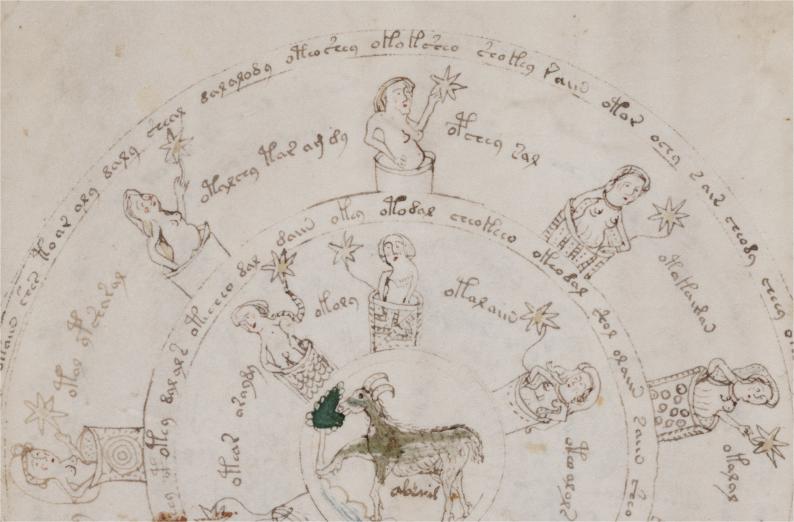 The apparently most common words in any written language vary according to the corpus chosen for analysis. The VM word frequency does not match sufficiently with any large corpus of a European language. It does, however, approximate to any corpus of technical rather than literary works, especially so with Latin. This shows that the VM belongs to the class of reference works rather than the class of narrative works. The chart below shows, in order of frequency, the most frequent 20 words in 17 texts. The rightmost column shows the most frequent words in the texts taken together as a corpus. 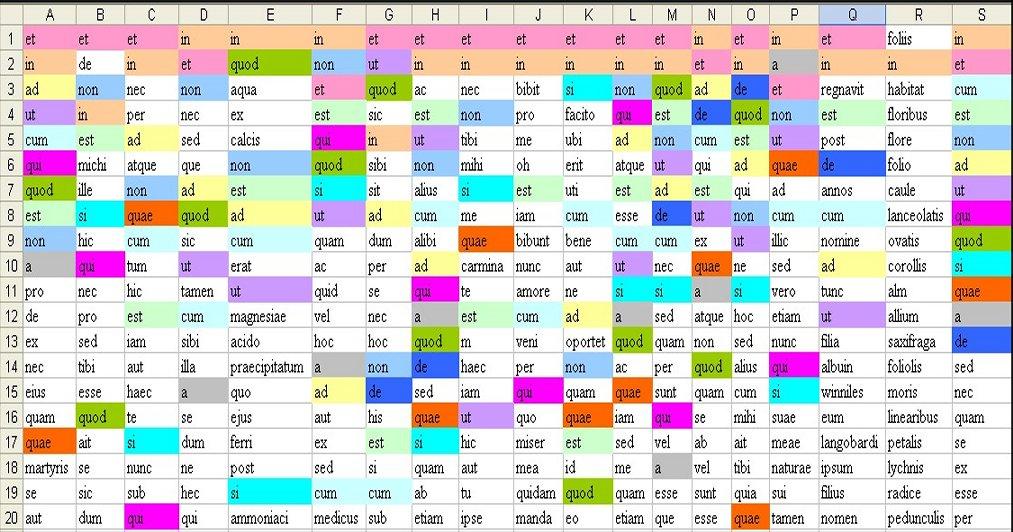 The most frequent words in 18 Latin texts.

In a book on the use of herbs in connection with baths, presumably for health, one would expect to find references to leaves, oil, water and health. The Latin for the English word 'leaf' is 'folio'. The Latin for the English word 'oil' is 'oleo'. Those words come in many varieties due to inflection and compounding. In addition, the Latin term for the oil of the laurel leaf has the prefix 'ole-' and its own set of inflections.

The language underlying the VM is Latin. Some VM symbols stand for vowels, others consonants, consonants with inherent vowels or syllables. As is common with heavy abbreviation in medieval manuscripts, the letters intended by the abbreviation symbols are heavily context-dependent. The VM looks like Latin, reads like Latin, inflects like Latin. Any hypothesis that it is not Latin must explain away every piece of evidence that supports the hypothesis that it is Latin. 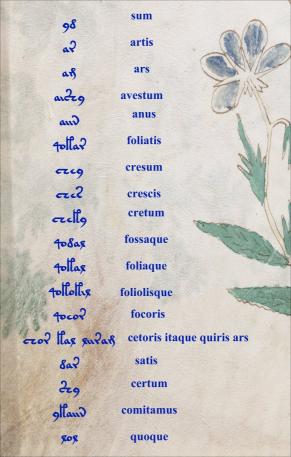 Some Latin words in the Voynich Manuscript.

which cites 88 papers on this topic.

2 similis si anatis - if it looks like a duck ...
The Chatter Box
More Articles All Articles
About