In 1457 B.C. at Megiddo, named in the Bible Derekh Hayam (Hebrew: דרך הים), was fought the first battle remembered by military history.

The Egyptian Pharaoh Tuthmose III, at north of Mount Carmel, faced the rebellious tribes of Palestine and Syria, guided by King Kadesh. The battle is described in detail in the hieroglyphics found on the walls of his temple in Upper Egypt. The pharaoh's army was arranged in a semicircle, while the south wing attacked the enemy, he wrapped it with the north wing and consequentely put to flight. Tuthmosis had adopted for the first time the technique of attack-wrapping.

In the siege of Tyre, a strategic coastal base on the Mediterranean Sea, orchestrated by Alexander the Great in 332 BC during his campaigns against the Persians, is the first use of the submarine. Alexander the Great, after meeting with Aristotle, builds a submarine bell wood with glass windows to explore the seabed. Moreover, according to the History of the Peloponesian War, it is used also during the siege of Syracuse (about 413 BC).

In 68 BC Rome is committed against pirates in the Mediterranean and one can speak for the first time of the war on terrorism. After the fire in the port of Ostia of some ships docked there and the kidnapping of two senators by pirates, it triggers the repression justified by the Roman Lex Gabinia (67 BC) what gives to Pompey special powers in the Mediterranean to fight against pirates.

The first acts of biological warfare dates back to the Roman Empire when the Roman soldiers, to spread disease among the enemy, they throw animal carcasses rotting, in the watercourses, in order to pollute the water in the city under siege.

During the Middle Ages the Tatars, in 1348, have performed acts of biological warfare catapulting bodies infected with bubonic plague over the walls of Kaffa to overcome the resistance of the population. The main and most trusted source of news appears to be Gabriele de 'Mussi,  an Italian present at Kaffa, he described the siege of the city in Latin in his work: “ Istoria de morbo sive mortalitate que fuit de 1348 “.  Born in 1280 Gabriele de 'Mussi practiced as a notary in Piacenza. We do not know much about him, Henschel reports of his presence during the siege of Kaffa. His death occurred in approximately 1356. The author refers in his manuscript of a Mongol army in decay for the decimation caused by plague therefore not more motivated to continue the siege. These factors led the Khan to implement the last and desperate act of war, which appears as a genuine act of biological warfare. He used the catapults used to launch the balls of fire and blocks of stone to launch countless corpses rotting now, and behind enemy lines. Reports de' Mussi, "seemed to see mountains of dead catapulted into the city as rain." This inevitably leads to the spread between the Genoese. The survivors escaped the siege, however, were the cause of subsequent spread of plague throughout the Mediterranean area.

In the first Crusade (1096) we had the first use of the crossbow, however Vegetius mentions crossbows in 387 CE in "De re Militaria".

The crossbow was outlawed for use by Christians in 1139 at the Second Lateran Council being deemed weapon too deadly. Moreover for the first time in the siege of Acre between 1189 and 1191 are used carrier pigeons.

King Edward III of England in 1339, for the first time, used a new weapon the "ribadocchino," a set of pipes stacked in rows which is the ancestor of the machine-gun. In the battle of Ravenna (11 April 1512) for the first time is used with ruthless efficiency and the result is devastating: 20,000 dead.

In 1763, the English general Sir Jeffrey Amherst, reported Carl Waldman in "Atlas of the North American Indian", orders to subordinates to donate the blankets of smallpox to the Indians pro-French. Captain Ecuyer of the Royal Americans gives to the natives two blankets and a handkerchief artificially contaminated with smallpox. It follows an epidemic that decimates the tribes, and determining the British success in the attack on Fort. Carillon.

In the American War of Independence of 1776, the submarine is armed against surface ships. It's the "American Turtle" designed by Robert Fulton, with one man crew, propelled by pedals, and propellers armed with a bomb. Napoleon commissioned the first practical submarine, designed by the American inventor, testing of this craft, the Nautilus, was successfully carried out in France in 1800-1801, when Fulton and three mechanics descended to a depth of 25 feet.

One can imagine the devastating effect of these weapons at a time when medicine was not prepared, and the Red Cross had not yet been invented. Minor injuries malcurate carried to die for gangrene after long agony, as the same Goffredo Mameli it will know at 22 years, at his own expense, fighting in Rome in 1849.(Genoa, 5 September 1827 – Rome, 6 July 1849)

Last but not least, the Franco-Prussian War of 1813-1815 was the first war with purposes unknown. Prussia's declaration of war, in March 1813, brings the Germans still do not know if it was a war of liberation or independence. (Abstract)

The Battle of Megiddo took place during a rebellion against Pharaoh Thutmose III. Various precise dates have been suggested for the battle. That date most favoured by Egyptologists is 1457 BC, although many other publications place the battle in1479 BC or 1482 BC. 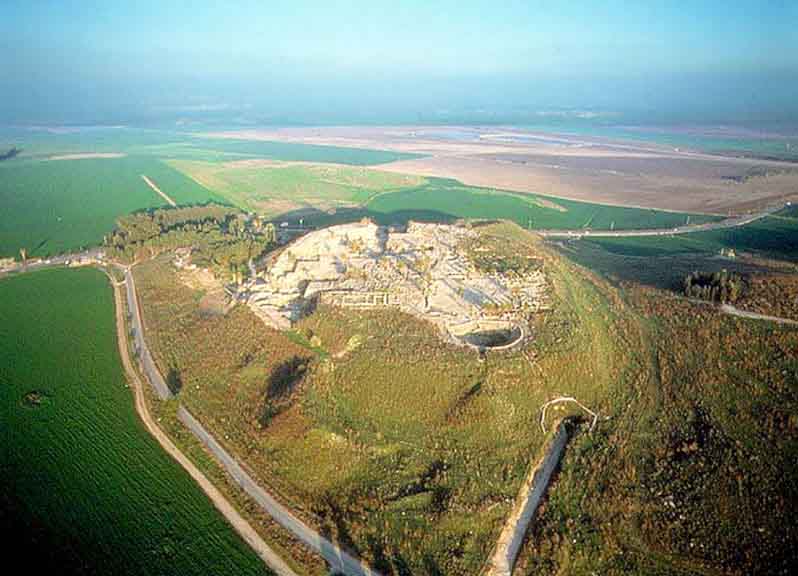