Now, the mystery deepens: It seems the Humboldt squid, the locusts of the ocean, have vanished from the Pacific north of California this year.

Nice epithet. Just one correction: the article refers to Humboldt squid as "tropical cephalopods." Cephalopods yes, tropical no. It's true they are found in the tropical Pacific--I've caught them there myself--but they become larger and more abundant as you move away from the tropics to the north and south. They are actually a  subtropical/temperate species. Another related species, Sthenoteuthis oualaniensis, sometimes called the purpleback flying squid, is more truly tropical. Here is a map of the two species' ranges to illustrate the point (D. gigas is the Humboldt squid). 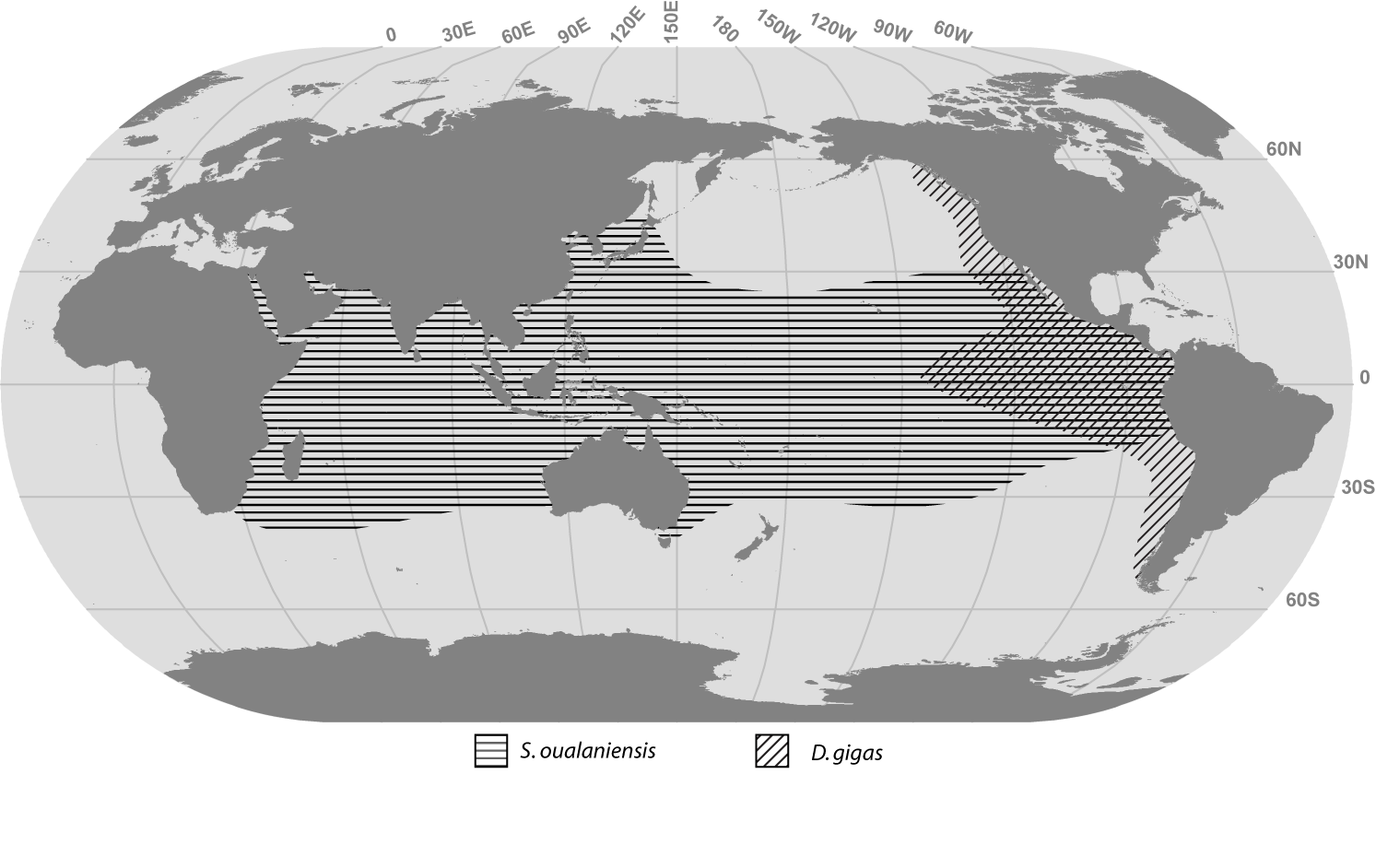 The article closes with a pretty coherent explanation of current ecological thinking about Humboldt squid:

However. the Humboldt squid prefer smaller prey than a full-grown salmon. While they are feeding on juvenile salmon, [Field] believes the more significant link between the squid and salmon populations may be ocean conditions. Warming oceans have allowed the Humboldt to move north, but this year, temperatures in the Pacific have dropped, with lots of cold, subarctic water that is probably very high in oxygen, he said. Better for salmon, less appealing for the squid.