Danna Staaf
First of all, yes, I know not to expect any better of the Express. But it's coming up on a year since Squid Says: What's for Dinner? Probably Not You, so it must be time for another rant.

I just can't help taking the bait, even though this is clearly trolling:

Millions of killer giant squid are not only devouring vast amounts of fish they have even started attacking humans . . . Hunting in 1,000-strong packs the giant squid can out-swim and out-think fish.

Dear Daily Express, did you know that commas can make your sentences clearer? It's true!

Also, did you know that Humboldt squid remains are commonly found in the stomachs of tuna, marlin, sailfish, and sharks? Those are all fish, fish that were somehow able to chow down on squid despite all that swimming and thinking.

Marine biologists wear chain-mail to protect themselves from creatures that can measure 8ft, weigh 100lb and carry an armoury of more than 40,000 fearsome teeth along two “attack” tentacles.

Let's get our anatomy straight here! The tentacles are not, in fact, lined with teeth. Or suckers. The only suckers on the tentacles are at the very end, where the thin tentacle broadens into a club or "manus." And each manus has maybe a few hundred suckers.

More importantly: yes, each sucker contains a ring of chitinous teeth. Want to see what they look like? 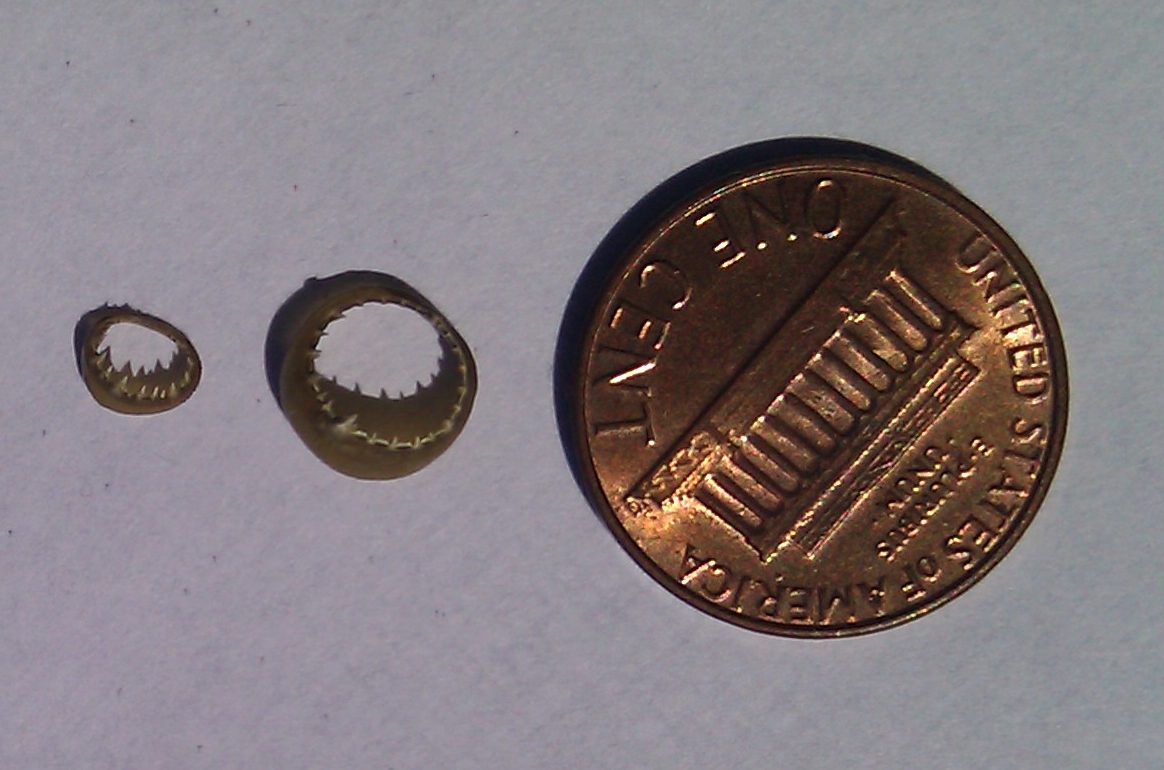 I may have pointed out before that I've taken worse damage from my cats' claws than I ever have from Humboldt squid "teeth," but it's worth saying again.

I don't know any marine biologist who has ever worn chain-mail for protection from squid. Dr. Brad Seibel reported after a dive (wearing an ordinary wetsuit):

"Based on the stories I had heard, I was expecting them to be very aggressive, so I was surprised at how timid they were. As soon as we turned on the lights, they were gone," he said. "I didn't get the sense that they saw the entire diver as a food item, but they were definitely going after pieces of our equipment."

To sum up: Humboldt squid don't eat people, the story of those fishermen being chewed to death has never been verified, and the Daily Express editors need remedial grammar lessons.

Or maybe they wrote this magnificently ambiguous headline on purpose?