Danna Staaf
Back in April, a well-known fisheries biologist named Ray Hillborn published an op-ed in the New York Times that was titled (by the editors, not Hillborn) "Let Us Eat Fish." The gist of it was: our fisheries are doing great, so chow down on seafood with a clear conscience!

As you can imagine, this sparked some responses, both in the time-honored forum of Letters to the Editor and in these new-fangled things called blogs. Notably, marine scientist John Bruno posted a rebuttal to Hillborn's article at the blog SeaMonster: "Let us eat (other people's) fish."

But things got really interesting when, in the words of SeaMonster editor and marine biologist Emmet Duffy:

John’s post was emailed to a list of experts in fisheries and marine ecology, and quickly sparked a wide-ranging online conversation remarkable for its combination of careful argument, thoughtfulness, diversity of perspectives, breadth of expertise, and—perhaps most noteworthy—collegiality. The conversation grew to include many leading scientists and the email exchanges allowed a give-and-take among participants in near real time that would be impossible in the print journals where such discussion traditionally occurs. For all of these reasons, there was broad agreement that the discussion should be made publicly available. And so, here it is.

There you have it: give-and-take in real time and open access. That basically defines the awesomeness of the internet, as far as I'm concerned.

But thanks should go not only to Teh Interwebs, but to all the wonderfully thoughtful participants, who gave their time to a discussion that was not a step on the way to publication, tenure, or funding. These are people who care passionately about fish and fisheries.

However, they are emphatically not, as a friend of mine put it, "fish-cuddlers." Not a bit of it. Consider this follow-up commentary from Hillborn (grammatical errors sic, as in all following):

Let me first make the case for why a serious environmentalist should eat fish. If you choose your species and fishery carefully eating fish has a lower environmental impact than a vegetarian diet. For instance consider Bristol Bay salmon where I work. The only detectable impact of fishing on biodiversity is potentially a slightly lower number of bears and salmon predators in the freshwater ecosystem. Almost any form of agriculture requires conversion of land from natural habitats to habitat covered with exotic species. Much of the worlds soybean production comes from chopping down rain forest – I doubt any serious environmentalist would say that that is a better way to produce food than well managed fisheries.

For those with a gastronomic preference for fish over soybeans, this comes as a welcome argument, I am sure. But other scientists were quick to point out the slipshod nature of this comparison. Fisheries scientist Phil Levin--a very witty speaker and writer, so check out his whole post--asked:

Is seafood consumption better or worse for ecosystems than consumption of other sources of protein? This is a question that could and should be answered empirically or theoretically. I don’t know the answer, and although Ray has presented arguments suggesting terrestrial agriculture is worse than fishing, I am not convinced. I would like to see a more careful and rigorous analysis of this question. For example, there are significant differences in insect communities in streams with and without salmon. To simply write off the effect of salmon on stream ecosystems as a slight change to bears and a couple other predators seems pretty weak and sort of flippant to me. Maybe we don’t care about insect communities, but that doesn’t mean that changes don’t occur.

And on the other side, there's a huge spectrum of terrestrial agriculture. A quick search for "sustainable agriculture" reveals a plethora of options far superior to clear-cutting rainforest.

The comparison between agriculture and fisheries is summarized very nicely, I think, by Duffy:

Ray Hilborn, among others, has argued that fisheries are less environmentally destructive than terrestrial agriculture. This is a plausible, and seemingly compelling, argument. Nevertheless it’s also largely anecdotal, at least as summarized in this discussion. A rigorous, objective analysis of this hypothesis would be an important contribution to environmental and economic policy. But it’s also important to emphasize, as Boris Worm noted, that treating fisheries and terrestrial agriculture as a choice is a false dichotomy—both will surely be important staples of human nutrition and economies for the foreseeable future. The real issue is how to manage both sustainably into that future.

Hear, hear! I do believe it is possible to both farm and fish sustainably, and I applaud efforts and successes in both directions. However, it would be disingenuous not to admit that in my personal diet I have, in fact, made a choice. As a lifelong vegetarian, I am a patron of terrestrial agriculture (and a small amount of aquatic as well--yum nori!) and a courteous abstainer from fishery production. 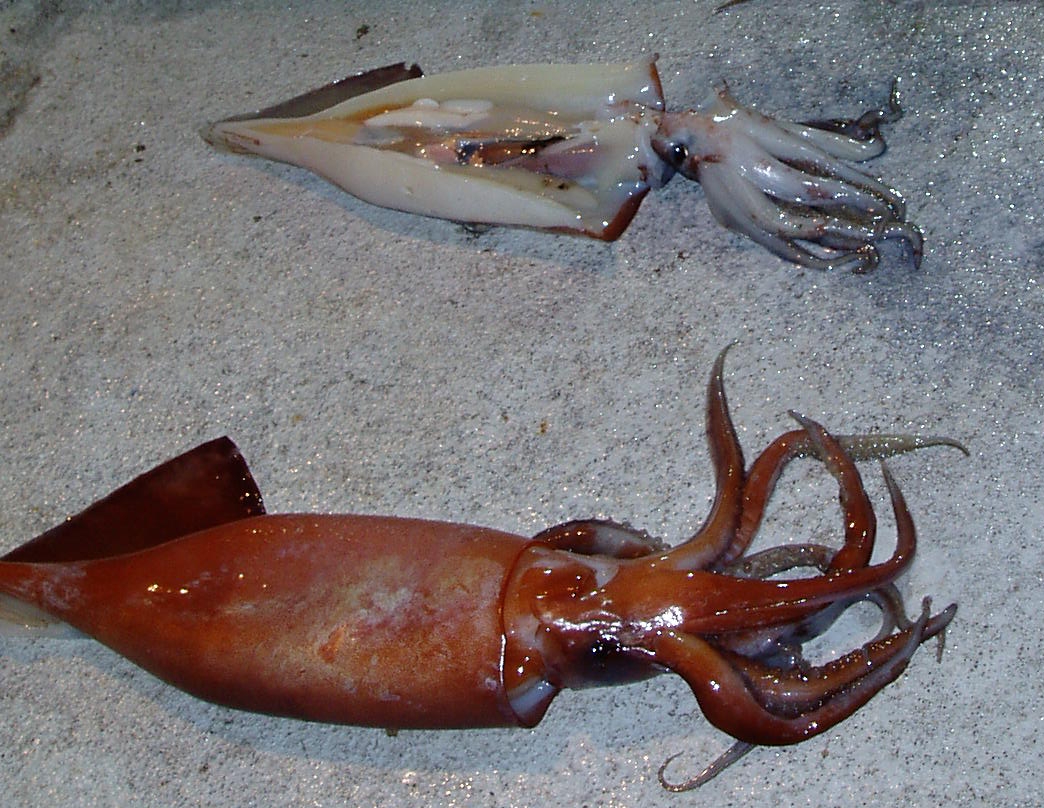 But my choice isn't based on sustainability. As pointed out by Peter Singer (yes that Peter Singer) in one of the letters to the NYT editor in response to Hillborn's original article,

It isn’t just an ecological question. There is no humane slaughter requirement for fish. . . . Why are we indifferent to the suffering of fish?

Well, soft-hearted squid-squeezer that I am, I'm not indifferent, and that's why I'm a vegetarian. But I am also a lifelong friend to omnivores, and would never demand on the basis of my personal morality that others stop eating fish and start cuddling them instead.

However, because I have heard enough arguments insisting that vegetarianism is unsustainable, and without fish the world won't have enough protein, I sincerely appreciated the contribution of Edward Hugh Allison, scientist at the WorldFish Center in Malaysia. He points out the fallacy of--

. . . the oft-repeated statements that fish is a vital source of protein. By and large it isn’t, with the exception of some small-island and forest-dwelling people. Calorifically, less than 1% of food comes from the sea. In protein terms, it is less than 6 %. So let’s stop exaggerating the protein argument (and I’m guilty too). In many of the poorest, least food- secure countries, the major sources of protein for the poor are legumes and other plant sources.

Allison was also the only contributor to point out that in at least one part of the world, a large number of people voluntarily abstain from seafood:

For India, where a large proportion of the population are vegetarian, mean per capita fish consumption statistics are not very meaningful.

That's some soybeans/salmon for thought!

Major hat tip to i'm a chordata! for pointing me at this fab discussion thread.