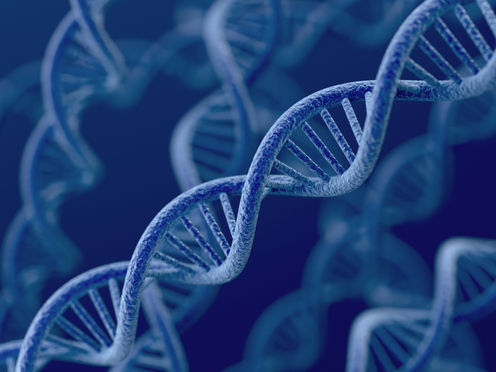 A gene patent means only the patent-holder has the right to undertake research and development involving that gene.Credit: Shutterstock

By Rodney Scott, University of Newcastle

The Federal Court’s decision that gene patenting is permitted in Australia will have ramifications for all gene patents, even though the case involved only one gene associated with breast cancer.

A gene patent means only the patent-holder has the right to undertake research and development involving that gene. These patents generally last for 20 years.

The full bench of the Federal Court heard the appeal against a ruling that private companies could patent genes in August 2013, after a Federal Court justice dismissed a challenge to the patent for a breast cancer gene, BRCA1, in February.

A landmark ruling by the US Supreme Court in June 2012 declared that naturally occurring DNA sequences were ineligible for patents in a case that involved the same breast cancer gene, and the same patent holder.

The BRCA1 and BRCA2 controversy

When functional, BRCA1 and BRCA2 produce tumor suppressor proteins that help repair damaged DNA. But when they are altered, the protein is either not made or doesn’t function correctly, leaving DNA damage unrepaired. The cells may then develop additional genetic alterations that can lead to cancer.

Identifying these gene carriers is an important step in reducing disease in the community and in preventing transmission into subsequent generations. Indeed, any measure that can reduce breast cancer figures and help women avoid an incurable disease is something any reasonable society would aim for.

The BRCA1 and BRCA2 patents have generated significant controversy because Myriad has effectively monopolised the market for screening these genes to identify the alterations, or mutations, that render them non-functional.

Four things you should know

Here are four things you should know about gene patents that will provide some context for understanding the Federal Court decision.

When considering gene patenting, we need to ask whether a gene is an invention, which is grounds for granting a patent, or a discovery. Isolating the actual gene itself is a discovery and, as such, should not be the focus of patent attention.

Surely only the process of how information is obtained from a gene can be the subject of a patent, and then only if it’s new. Developing new ways to interrogate a gene sequence can and should be patented as this leads to commercial drive and (hopefully) re-investment in new resources to improve testing strategies.

2. Patents have traditionally been granted for isolated genes rather than for any kind of innovation.

Until recently, patent offices viewed the isolation of genes as enough to declare the gene more than just a product of nature and a discovery.

In the United States, patents are also granted on a first-to-invent basis. This contributed to the gene patent rush as the human genome project gathered pace in the 1990s and gene discoveries became almost a weekly event. There are now an estimated 4,000 gene patents in the United States.

The US Supreme Court ruling against gene patents hinged on a decision that isolating a human gene or part of a human gene is not an act of invention, reversing the traditional patent office practice. The decision allows for synthetically produced DNA sequences to be patented.

This gives them a monopoly and they can set whatever price they like for the test. This is clearly not a desirable outcome for society because it means we fail to protect vulnerable people who fear they have an illness from exploitation.

4. Monopolies lead to a lack of quality assurance.

Of particular concern is a monopoly’s inability to orchestrate a quality assurance program because this would require samples to be sent to third parties for verification.

Not only does it prevent monitoring of whether internal processes are producing the correct result, it disallows people from seeking a second opinion.

The decision of the High Court of Australia to uphold its previous decision now puts Australia out of step with the US Supreme Court and raises the question of just how much knowledge it has on matters it does not routinely deal with.

But what it means for Australia is probably very little; the current patent held by Myriad Genetics will expire within a relatively short period of time.

Rodney Scott, Professor of Genetics at University of Newcastle, does not work for, consult to, own shares in or receive funding from any company or organization that would benefit from this article, and has no relevant affiliations.