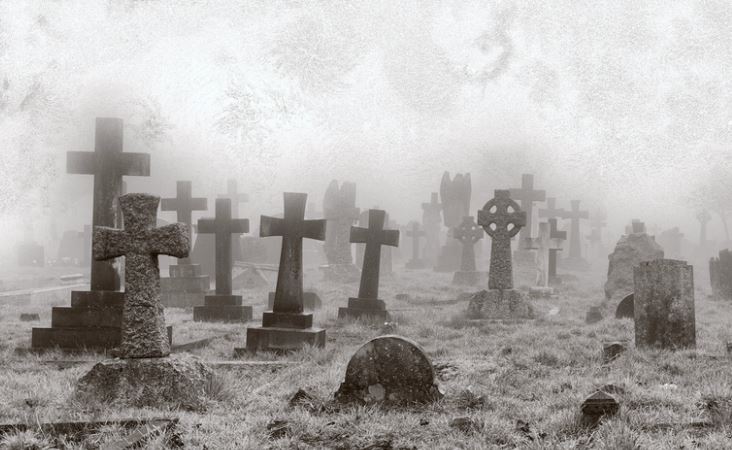 Death touches everyone at some stage during their lives, and usually more than once.

It also triggers certain laws around what happens to the body after death – and some glaring omissions.

Respect for the dead and protecting public health make burial or cremation an urgent task when someone dies. Certain aspects are heavily regulated – such as the minimum depth of graves, the siting and management of burial grounds and crematoria – but there are comparatively few laws governing actual bodily disposal. For example, there are no set time limits for disposing of the dead.

Burial in a churchyard or cemetery is not the only option. Natural burial in fields or woodland areas, burial at sea, and even burial in private land (a family farm, or even the deceased’s own back yard) are permissible options. Cremation, however, can only take place in a licensed crematorium. The law has changed to allow funeral pyres – but only in an enclosed building – after lobbying by Hindu and Sikh religious communities.

There’s also no legal requirement to use a funeral director, and English law does not insist on embalming unless, for example, a corpse is being repatriated or moved between countries. And while a corpse must be “decently covered” the use of a coffin is not mandatory: a shroud, cardboard box or wicker basket are suitable options. That’s unless the deceased is being buried at sea (a specific type of coffin is needed here), or individual crematoria insist on one to facilitate handling the body. Wicker baskets are a legal alternative to coffins. Cropped from Wicker Paradise/flickr, CC BY

Although burial and cremation are the most common ways of disposing of bodies, two new methods are emerging. Resomation – already available in parts of the US and Australia – is a liquefaction process which uses alkaline hydrolysis to dissolve the body’s organic matter inside a steel container. The result is a sterile liquid, and bones which can be crushed and given to the deceased’s family (similar to post-cremation ashes).

Promession is at a more developmental stage, and uses liquid nitrogen to super-cool the body before the brittle remains are shattered using ultrasonic vibration. The result: an odourless, organic residue which becomes a dry powder when the water content is evaporated off, and turns to compost when buried in a small bio-degradable container. Neither method is commercially available yet in the UK, but would be a perfectly legal alternative to burial or cremation.

Funeral instructions are not legally binding. My family can ignore specific directions set out in a will or prepaid funeral plan: it doesn’t matter how many times I tell them whether I want to be buried or cremated, and what type of funeral I actually want.

Disputes over how to dispose of the body can trigger bitter rows within families. But where the deceased made a will, the executor is legally entitled to decide the funeral arrangements – something which is not well known – and may come as a surprise where the executor is not a family member.

If the individual died intestate, without leaving a will, the highest ranking personal representative (the person legally entitled to administer the deceased’s estate) gets the final say. Under current English law, the deceased’s surviving spouse or civil partner is at the top of the hierarchy, followed by children, then parents and siblings, working down through the family. Cohabitants do not quality under this ranking, regardless of how long they were living with the deceased.

Where two people fall within the same category (for example, siblings fighting over the funeral arrangements for a dead parent, or separated parents fighting over a dead child), there is no hard and fast legal rule. English courts tend to decide on a case-by-case basis. In other countries, there is specific legislation. For example, as my own research documented, in parts of Canada, the older parent or the older or eldest sibling has the final decision, while several US states prioritize the person who had the closest personal relationship with the deceased.

4. Digging up the dead In August 2015, the Church of England spoke out against the idea of “exhumation on demand”, with families increasingly wanting to relocate a loved one’s grave when moving house. Exhuming a corpse or interred ashes requires legal permission. But, in England and Wales, the likelihood of securing permission depends on where the remains have been buried.

Other religions can be opposed to exhumation as well and unwilling to sanction disinterment of remains within their own cemeteries.

Gone are the days when the main type of memorial was a headstone or grave-marker in a churchyard or cemetery. The digital age has also reshaped how the living commemorate their dead, especially with the growth of Facebook memorials. Instead of simply removing the deceased’s profile, his or her page can be converted into a memorial. The deceased’s existing Facebook “friends” have access, creating a virtual support network and leaving messages for the dead person.

Questions often arise, not just about access, but the accuracy and content of postings. Effective legal solutions have yet to be developed, but in the meantime, company policies and user agreements with individual internet service providers are used to deal with specific complaints.