Africa Could Do With A Dose Of Punctuality And Cleanliness
By The Conversation | August 1st 2016 06:32 AM | Print | E-mail

Tweet
There are two features of life on the African continent that are fundamentally deadly to socioeconomic development. These are lack of cleanliness and punctuality.

Other countries and continents have managed to make serious advances in dramatically improving cleanliness as well as timeliness, which has resulted in accelerated economic development.

When you look at African cities you see dirt, unkempt gardens, unkempt fences, chaotic traffic. And these cities run on “African time”, itself a discredited concept.

The other example is in South Africa where the government has launched Operation Phakisa. The initiative seeks to speed up high-impact government projects, signalling an emerging awareness of the need for timeliness.

From my own experience of working in various locations across South Africa, there is still a long way to go to improve on cleanliness and punctuality. Cleanliness speaks directly to mortality and morbidity. Timeliness speaks to the pace and exactness at which things get done, addressing effectiveness and efficiency.

Why tidyness and cleanliness matter

Cleanliness has at least two clear advantages. The first is that it protects people from diseases. It ensures good health which links to productivity, vitality and longevity.

The second advantage is that it makes localities more pleasant to visitors, including tourists.

In the Western world the idea and practice of a daily bath and properly plumbed and controlled sewage for the majority of people only gained traction around 1850. This improved health was accompanied by widespread economic growth in the Western world.

Japan achieved the same life expectancy as the West at the end of the 19th century, although the country was very poor economically. It did so mainly through cleanliness. This change in culture was then accompanied by improvements in longevity.

In the West it was largely in the wake of the industrial revolution that the majority of people were given meaningful access to sanitation.

Thus, both Eastern and Western culture have evolved. This shows it is not inherently European or Asian to be clean.

Cleanliness tends to go with tidiness and orderliness, which increases safety, health and efficiency. Well-organised cities have planned suburbs, buildings and infrastructure. This organisation reduces anxiety and time being wasted.

My own experience bears this out. I visit a number of local towns in South Africa where the general state of municipal buildings signals a poor attitude towards hygiene. This is not particular to South Africa. It is not uncommon anywhere on the continent from Cape to Cairo to find dilapidated government buildings, uncontrolled sewers, and unmaintained private homes. This shows infrastructure is being allowed to go to waste through lack of care.

Kigali is an exception to this rule, although its government appears to have used heavy handed tactics to achieve its objectives. In South Africa, towns such as Hermanus, Cape St Francis and George are also good examples. But these are exceptions. 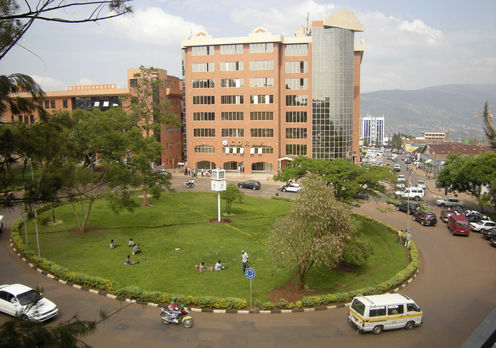 Kigali, the Rwandan Capital, is setting the pace as one of Africa's cleanest and most punctual cities REUTERS/Frank Nyakairu

The other issue is punctuality. Science and technology cannot progress outside measurement and precision. I believe that attitudes need to change to reflect the xiTsonga saying Mintirho ya vula vula (one’s work speaks, not just words), with the addition that your work must be punctual.

Embracing time and punctuality across all of activities leads to innovation, human development, growth in GDP per capita, and more effective government. This in turn fuels socioeconomic development.

Again, my own experience attests to this. It is not uncommon in South Africa to visit a town council by appointment and spend two days at an office without ever seeing the official who made the appointment. Nor a substitute.

In Polokwane, a large town in the north of the country, I had to spend two days without ever meeting the government official who had confirmed the appointment. This took up unnecessary time and required spending extra money – a night at a hotel and food.

And recently I had to visit three towns close to Johannesburg – Roodepoort, Pretoria and Brakpan – to get charts that South African labor law requires to be displayed at a workplace. In total I invested three days in this matter. The idea that it should be possible to download the charts from the internet has not yet crossed the minds of those responsible for their dissemination. Not doing so increases the cost of doing business and creates a waste of time.

A lax attitude to using time optimally also extends into the social sphere. It is still common to be invited to a function in South Africa with notification that says the starting time is 1830 for 1900. This on its own encourages laxity. On top of that a great many people generally believe that functions typically get going 30 minutes late, meaning that 1830 for 1900 is actually 1830 for 1930.

Time for a change in attitude

Ideas about hygiene and punctuality can only become part of how people in Africa behave if the leaders and intellectuals start insisting on them both at work and socially.

Both punctuality and cleanliness are learnt behaviors. Schoolchildren need to be exposed to punctuality, accuracy and tidiness in everything they do.

Remember that Japan and many Asians had to learn punctuality. Take the progress made in timeliness in Japan. By 1900 the country’s train timetable was just a hint of more or less the time a train might arrive. Today Japan is very punctual and precise.

It is time to jettison the vague notion of African time. And for Africa to clean up its act.

By Sandile Swana, Lecturer at Wits Business School, University of the Witwatersrand. This article was originally published on The Conversation. Read the original article.