Since it was revealed that Andreas Lubitz – the co-pilot who purposefully crashed Germanwings Flight 9525, killing 150 people – had been treated for psychiatric illness, a debate has ensued over whether privacy laws regarding medical records should be less strict when it comes to professions that carry special responsibilities.

It has been widely argued that Germany’s privacy laws were to blame for the tragedy. The Times, for example, headlined an article: “German obsession with privacy let killer pilot fly.” Similarly, another article published in TIME said “German privacy laws let pilot ‘hide’ his illness from employers.” 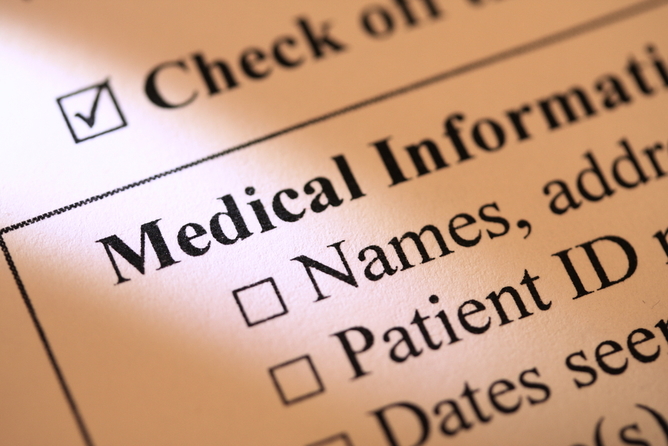 While Dirk Fischer, German lawmaker and the transport spokesman for the Christian Democratic Union (CDU), called for airlines to have mandatory access to pilots’ medical records, Frank Ulrich Montgomery, president of the German Medical Association (BÄK), disagreed. Montgomery believes that current laws are appropriate, since aviation doctors are already relieved of their duties of confidentiality if they think a pilot could put other people’s lives at risk. If Lubitz’s doctor did not alert Germanwings, it must have been because Lubitz did not seem like a threat.

There are two arguments for why Lubitz’s doctor did the right thing by not disclosing Lubitz’s depression to his employer. First, functional doctor-patient relationships depend on trust. If confidentiality between patients and doctors is breached, patients will no longer trust their doctors. And a lack of trust will lead (at least some) patients to hide some of their symptoms or refrain from seeking medical attention altogether for fear of bad consequences, such as stigmatization and work-related penalties.

For these reasons, philosopher Kenneth Kipnis goes even further. He argues that confidentiality should be “far closer to an absolute obligation that it has generally taken to be” and that doctors should honor confidentiality even in cases where the patient might harm a third party. If patients come to doctors for help, doctors have a chance at avoiding a possible catastrophe. If patients lose trust on doctors and do not ask for help, nothing will be gained – patients will remain afflicted by their illnesses and people who might be put at risk by patients will remain at risk.

In the days before the crash, Lubitz searched online both for medical treatments and for ways to commit suicide, which suggests he was undecided as to what to do. So another way of thinking about his scenario is that perhaps if he had trusted his doctor even more – and shared with him or her the way in which he was thinking of committing suicide – his doctor could have done more to help him and to protect the passengers of the aircraft he piloted.

What is relevant to reveal?

Lubitz’s doctor also did the right thing by not revealing his depression to Germanwings because his depression was far from obviously related to his crime. Simon Wessely, the president of the Royal College of Psychiatrists and an adviser to the British army, said that “there isn’t a link between depression and aggressive suicide”. Jürgen Margraf, psychologist and professor at Bochum University, likewise told NBC News that, given the sheer weight of numbers involved, you are far less likely to be harmed by a person with depression than by a person without depression: “The chances of killing others are higher for non-depressed than for depressed people,” he said.

Furthermore, given the lack of relationship between depression and the pilot’s crime, it was not obviously in the public’s interest to know about Lubitz’s depression and morally questionable that his medical history of depression has been exposed so freely. In Germany, medical confidentiality is supposed to be valid after death. Publicly disclosing Lubitz’s ailment harms the public trust in doctor-patient confidentiality after death – and it may stigmatise people who are suffering from depression but who would never hurt anyone (but themselves).

The avoidable deaths of 150 people is a calamity and it makes sense to have a public debate about how to prevent future similar events from happening. Luckily, breaching confidentiality and endangering relationships between patients and doctors is not the only answer.

Along with the crucially important rule of having two people in the cockpit at all times (which violates nobody’s privacy), one medical measure to avoid future catastrophes is to notify employers of stay-home orders from doctors for employees who have high-responsibility jobs without mentioning the cause of the incapacitation. Lubitz reportedly had a sick note for the day he flew but never told the airline. If they had been aware of the sick note things might have been different.

By Carissa Véliz, DPhil Student in Philosophy at University of Oxford. This article was originally published on The Conversation. Read the original article.