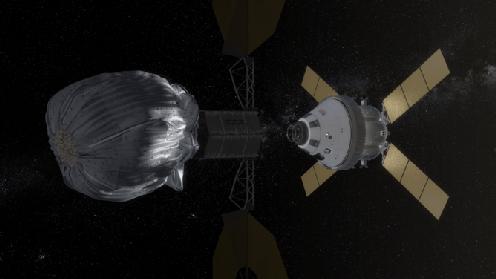 By Monica Grady, The Open University

The golden age of ocean exploration had voyagers navigating new sea routes to uncharted territory. These territories were then claimed in the name of the monarchs who had financed the expeditions.

All too frequently, this led to conflict between rivals, especially over lucrative trade routes, and piracy was either an occupational hazard or a perk of the job, depending on your point of view.

The question of who owns space, whether it is everybody or nobody, is one that is increasingly coming to the fore. This is happening as more nations and even some private corporations are becoming capable of space exploration. It is clear that regulation of the space environment is an immediate concern.

A Dutch not-for-profit organization, Mars One, has begun selecting crew with the hope of setting up a human colony by 2025. Elon Musk, a pioneer in the private space industry, founded SpaceX with the aim of one day going to Mars. Planetary Resources, a corporation setup by some of the leading technologists, states that its mission is “to apply commercial, innovative techniques to explore space,” starting with asteroids.

Currently exploration of space is controlled by the UN Outer Space Treaty of 1967. But the treaty is inadequate for our technological era. When the treaty was drafted, exploitation of space and its resources was very much still a matter of science fiction.

In 1967 both the US and the Soviet Union were attempting to recover from spaceflight disasters. In January, three NASA astronauts died when their Apollo 1 command capsule caught fire during prelaunch testing. In April, the first Soyuz mission ended in disaster when the parachute on the descent module failed to open, leading to the death of cosmonaut Vladimir Komorov.

Against this background, the signing of a treaty in October 1967 to oversee the peaceful use of space must have seemed a hollow victory. Now, however, the landscape – or, rather, moonscape – has changed dramatically. China and Japan have had successful missions to the moon and India recently became the third agency to send a spacecraft to Mars. China has successfully launched Chang’e 5, a technology testing mission in preparation for lunar sample return.

So far, though, such space missions have been controlled by governments that signed the Outer Space Treaty. What happens when individual companies start to lead the exploration agenda?

Could space piracy become an issue?

The first step preparing the way for the potential exploitation of space resources was taken last month, when the US House of Congress Subcommittee on Science, Space and Technology started to discuss the so-called ASTEROIDS Act. This is the American Space Technology for Exploring Resource Opportunities In Deep Space Act, which has been drafted to establish and protect property rights for commercial exploration and exploitation of asteroids. The bill is an attempt to ensure the legitimacy of future attempts to mine an asteroid.

It is not clear whether the endeavor of mining an asteroid will be commercially viable, given the technological difficulties that will have to be overcome to undertake the mining operation, never mind returning the ore to Earth. But because several private companies have started making plans for such a project, governments must consider potential national consequences especially given that one of the principles of the Outer Space Treaty is that “states shall be responsible for national space activities whether carried out by governmental or non-governmental entities”.

The clever acronym does not change the fact that the boundary between Earth and space is much closer to home than the Asteroid Belt. Satellites in orbit around the Earth are also covered by the treaty.

Two of the principles say that “states shall be liable for damage caused by their space objects” and “states shall avoid harmful contamination of space and celestial bodies”. Space Situational Awareness is the term used to describe the monitoring and tracking of natural and artificial objects in near Earth orbit, and is a major inter-governmental program.

The launch of satellites by commercial companies first started becoming a reality about 30 years ago and is now a full-scale activity controlled by international law – a sort of Air Traffic Control System for satellites.

What we don’t have is an equivalent to the UN Law of the Sea, overseen by the International Maritime Organisation. Before space piracy becomes a problem, maybe it is time that the UN Outer Space Treaty was bolstered by an International Space Organisation?

Monica Grady, Professor of Planetary and Space Sciences at The Open University, does not work for, consult to, own shares in or receive funding from any company or organization that would benefit from this article, and has no relevant affiliations.