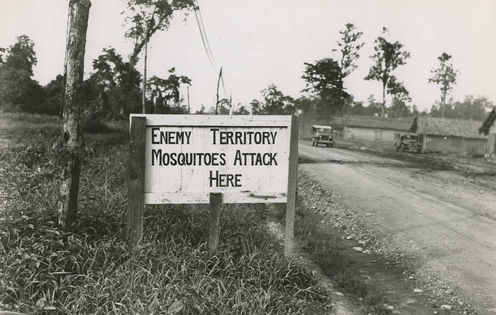 Climate change will cause all sorts of problems for humans in the future. It could cause mass migration and conflict as people flee flooded homes or arid farmland, and fight over ever more scarce resources. It’ll mean economic slowdown as industries are hit and societies cough up the money required to adapt to the new world. Climate change will even affect your health.

Indeed, some scholars have warned that climate change is the greatest risk to global health. While this is likely to be true beyond the next 30 years if CO2 emissions continue unabated, this kind of argument risks reinforcing the reductionist idea that climate is some sort of universal predictor of health.

The time lag between greenhouse gas emissions and their impact on the environment means that, until at least 2045, poverty will be a much more important health factor than climate change. My commentary, recently published in the Geographical Journal, argues that this is for two reasons.

First, climate change should not be considered a direct cause of poor health in the way specific diseases can be. Even if it were a direct cause, there would be more important threats such as heart and lung disease or cancers.

These non-communicable diseases already comprise the leading causes of death globally, and their burden is likely to increase as people age and adopt Western lifestyles. Leading causes of death worldwide (2012). WHO

Second, the threat of climate change to health is one of modification: a changed climate will exacerbate and moderate existing health problems by making people more vulnerable. If vulnerability to climate change is addressed through adaptation, the threat will be much reduced, though not averted.

Climate change is only one factor among many contributing to population vulnerability, of which poverty is the most important. This can be illustrated by taking a look at two major risks to global public health.

Vector-borne diseases are transmitted between humans or between animals and humans by another living organism, or vector. Vectors include mosquitoes, sandflies, ticks and aquatic snails, and the diseases they transmit include malaria and dengue fever.

Even small changes in climate can cause shifts in where these diseases are most prevalent. People living in areas where the vectors may be able to breed in future due to climate change may be under-prepared for this shift if public health systems are ill-equipped and natural immunity is lower in these areas.

For example, some research suggests that malaria is likely to penetrate higher altitudes in the East African highlands due to increased temperatures. Transmission of the disease from vectors to humans is reliant on both natural and human influences. For many of these man-made factors, including nutrition and access to education or health care, poverty is the key determinant.

The importance of poverty is shown by the eradication of many vector-borne diseases in richer countries with similar climates to other nations where the same diseases are still prevalent. Malaria existed in Europe less than 90 years ago and has now all but disappeared. Dengue fever was eradicated in the US due to investment in public education, mosquito control programs, piped water and screened windows. Neither Europe nor the US needed changes in climate to rid themselves of these diseases.

In the case of infectious diseases the message is clear enough: improving health will be best achieved through reducing poverty.

Climate change is likely to affect crop yields due to drought, flooding and rising seas creeping onto farmland. Seafood yields will be hit by warmer water temperatures and ocean acidification. Overall, food is likely to get more expensive.

Already more than 1 billion people are estimated to be suffering from a lack of sufficient dietary energy, with one of the most important reasons being that people simply cannot afford to buy food. Purchasing power is very important in determining malnutrition, and food prices have doubled in the past ten years and experienced very high volatility. There was a 60% rise in basic food prices globally in 2008/9 and another 40% increase in 2011/12. These peaks were the combined effect of financial speculation in food and increased energy prices. Food prices compared with modeled increase due to demand and inflation. Mark Maslin

In light of this, it is difficult to argue that climate change is the greatest threat to global health based on food security, as poverty is a more important determinant of access to food.

Mitigation and adaptation together

Poverty is one of the things that makes people most vulnerable to climate change and it is also key contributor to many health problems. It is imperative that climate change mitigation continues, not least because in the next 30 years it is likely to become a critical health factor, but for now the focus should be on reducing poverty. Not only does this align more closely with conventional public health practices, it will also confer immediate health benefits as well as ensuring people are more resilient to climate change impacts in the future.

It is vital we emphasize poverty for the next 30 years. At the current rate of development, global GDP would have to increase 15 times in order for the world’s population to all earn at least $1.25 per day; a process taking more than 100 years. Poverty kills, and just focusing on climate change could mean this message is ignored.