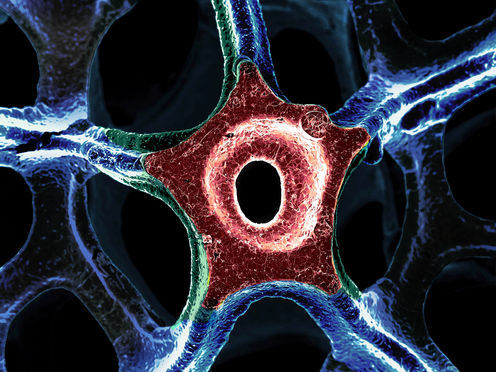 By Allan McRobie, University of Cambridge

We all know engineering is useful, functional, even ingenious. But the engineering photography competition we hold each year provides us a chance to wander outside its merely utilitarian aspects into dimensions such as beauty, humor and even humanity to find unexpected connections and poetic resonance.

As one of the judges, one quality I look for in the images is some added dimension, a richness, the capacity to trigger a cascade of unrelated ideas. Quite by accident this year a few of the photos shared an unplanned underwater theme.

The winner (above) appeared to be a starfish. There was a column, perhaps from a pier, encrusted with coral and barnacles. Then there was a strange ghost fish, the likes of which might range in Challenger Deep.

Web of Science I by Christian Hoecker. Cambridge University, CC BY

Of course they were none of these things: they were images of carbon nanotubes and graphene, but the forms that emerged at these micro- and nano-scales are familiar from elsewhere in nature.

The winning photo shows a fine pentagonal shape – I lecture on geometry and a question I ask the audience is: “When did you last see a pentagon?” They’re quite rare. They can be found in passionfruit flowers, or the shape of one of the most well-known buildings on the planet. But pentagons in the wild are something of a collector’s item – and this a fine example. Second prize went to a re-imagining of a van Gogh painting, as the artist may have painted had he a larger canvas. Based on a playful use of mathematics, a computer algorithm analyses a pattern and style and extrapolates it to fill a larger area.

It demonstrates the new science of machine learning that is now entering our lives, from junking spam emails to the product or content recommendations websites suggest. Third prize went to Francis the Engineer, an image that represented the human dimension of engineering. The children’s smiles are fabulous, but emphasize not just happiness but relief at having their essential need for clean drinking water met.

Engineering is not all about jet engines, smartphones and nanotubes. The glass shear pattern is striking, like a flow of lava, or molten sugar, there are hints of rainbows among the sumptuous red – so many positive resonances from what is essentially a piece of broken glass. Stretch and Swirl I, by Dhiren Mistry. Cambridge University, CC BY

The similar stretch and swirl image of fluid dynamics reminds me of the timeless pleasure of watching the flicker of bonfire flames, but freeze-framed so you can admire their inner structures: paisley patterns and curling vortices – all this found in what is essentially the inside of an engine chamber.

The two images of graphene revealed symmetrical patterns of clover and flowers. The four-leafed clover is a symbol of good fortune, and here there are fields of them, looking like a some architect’s plan of futuristic tower blocks. The red flowers have six-fold symmetry, and although we rarely give prizes to images created on a computer (it is so much easier to make pretty virtual shapes than to actually build them at the nanoscale) this one pleased with its interconnecting shapes, representing the electrical flow across a graphene lattice. Natural Engineer in the Field II, by Audrey Hon. Cambridge University, CC BY

An old bridge over the River Cam at the back of the engineering department in Cambridge, supported by two truss beams: the photo shows what is known as the “web” of the beam, the vertical face between handrail and deck. And within the web, the photo captures another: the spider’s web shares the same structural principles – the flow of tension within the silk matches that acting on the steel diagonals.

I sometimes think that bio-mimetics is often accompanied by overblown rhetoric, but the unspoken simplicity here appealed to me. This nano-scale image is decidedly other-worldly, unlike any landscape I ever saw despite its title. Perhaps it’s where they leave planets to dry before sending them out into the universe. The same applies to the magnetic field image: taking aside the extraordinary iridescent colours produced by birefringence (the property of refracting light in different ways), it is an image of something so small as to be almost invisible, yet we see only the Earth itself.

I think William Blake said something about that once.

You can see the complete set of photos here.

Allan McRobie, Lecturer in Engineering at University of Cambridge, does not work for, consult to, own shares in or receive funding from any company or organization that would benefit from this article, and has no relevant affiliations.